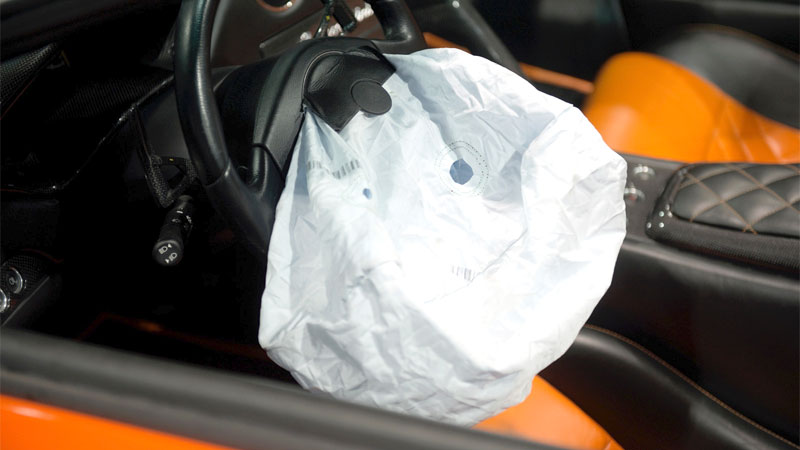 Airbags are one of the earliest safety features added to vehicles. They are not supposed to replace seat belts but rather be used in conjunction with them. If your vehicle were to be involved in a collision, the airbags inside the dashboard will inflate quickly to stop your upper body from aggressively hitting the steering wheel and dashboard.

Almost all new cars have airbags available to protect the driver and the front passenger’s upper bodies. However, some new model cars have curtain airbags and knee airbags as well.

Curtain airbags are made to inflate on top of the side doors in the front of the vehicle. This would happen if you are involved in a collision on the side of your vehicle rather than on the front. As for knee airbags, they just bring added safety to front collisions so that your lower body is secured along with your upper body.

See Also: 5 Reasons Your Airbag Light Is On 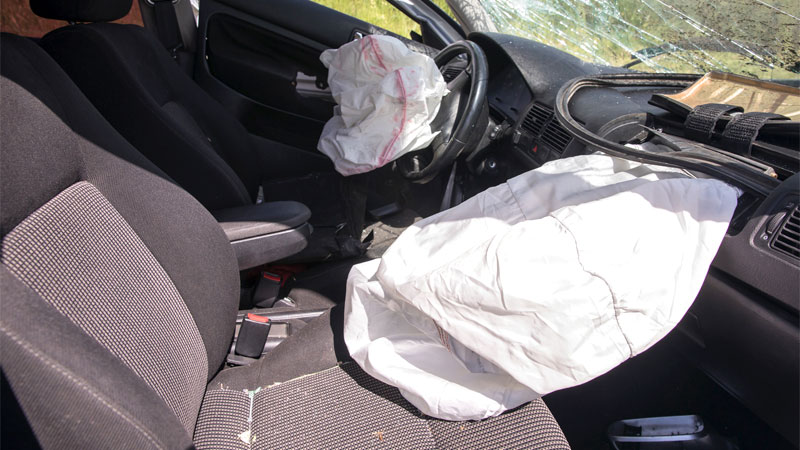 Airbags can only be inflated one time before they need to be replaced.

In other words, if you are involved in a collision and your airbags inflate, you can be sure that you will have to pay to get those airbags replaced. Otherwise, you will be left with a car that does not have working airbags.

Depending on the laws of where you live, this might not even be allowed. Your insurance company may also penalize you for not having working airbags in your vehicle. So, it is best to have them replaced as soon as you use them.

The average cost to replace airbags will typically depend on the make and model of your vehicle, the number of airbags you are replacing, and the location in the vehicle in which they are going. Here are some average replacement costs that you can expect.

Fortunately, airbags are designed to deploy only where needed. So if there is a moderate front impact, the front airbags and any others that are necessary for that type of collision, will deploy. Rear passenger side airbags (if you have them), will likely not deploy.

But when you have multiple airbag deployments, it all adds up, especially when labor is factored into the equation. Airbag replacement costs are often a big factor when an insurance company determines whether a car should be considered totaled or not.

Those newer to flipping cars (buying from an auction and fixing it up) need to be extra careful when budgeting costs. What may sound like a great deal may turn out to be less than profitable after the expense of airbag replacement. 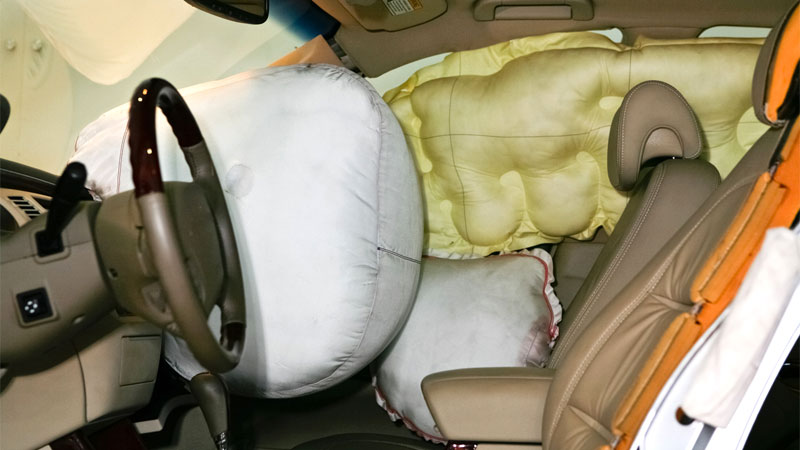 Vehicles with airbags have an SRS airbag module which serves as a computer for the airbags. In addition, you also have the instrument panel, clock spring, and sensors of the airbag system as well.

If your airbags were to inflate then you would also have to replace these other components which assist in housing and inflating the airbags. Having the SRS module professionally reset is often a cheaper option than replacing it (if possible).

Related: 7 Parts of an Airbag System

You wouldn’t be able to just purchase these components and install them yourself either. Unless you are an expert mechanic, you will have to take your vehicle to the dealership or some other professional mechanic and have them repair the airbag system for you.

This means you are paying for new parts as well as the labor costs associated with the repair job. Most mechanics charge about $90-$120 per hour for their labor. Therefore, on average, between parts and labor costs, the total cost will likely be in the thousands when replacing the majority of airbags in most modern cars..

1 thought on “Airbag Replacement Costs (Driver, Passenger, Side, and Knee)”