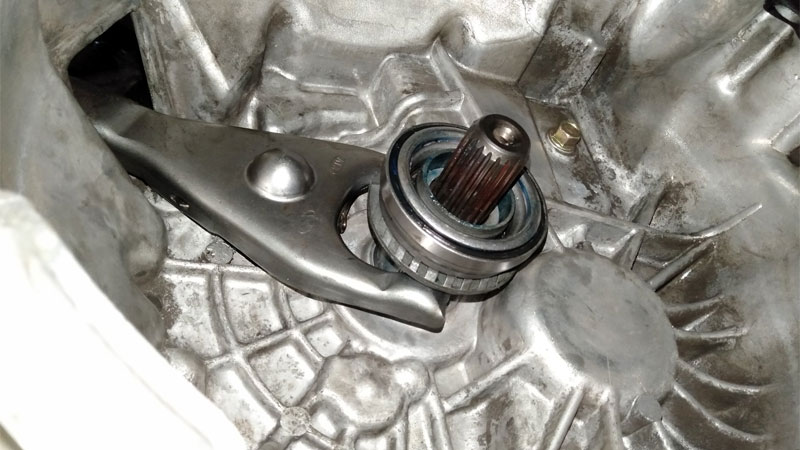 In a manual transmission, engine speed and wheel speed are linked by the clutch. When the clutch is engaged, it is pressed against the flywheel by the pressure plate and turns at the same speed as the engine.

A disengaged clutch allows the engine and wheels to turn at different speeds. When you step on the clutch pedal, you are disengaging this link between the engine speed and wheel speed. If you were unable to disengage the clutch, your engine would stall when you come to a stop.

How a Throw Out Bearing Works 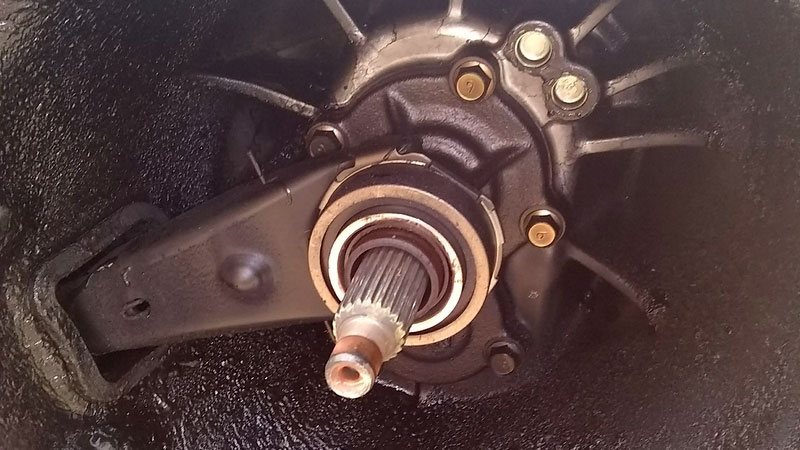 The flywheel and pressure plate are bolted together, with the clutch spinning freely at a different speed when the clutch pedal is depressed. The end of the throw out bearing that is not attached to the clutch fork spins with the diaphragm spring in the pressure plate.

If you have a bad throw out bearing, then there will likely be some obvious symptoms that you will recognize. Below are the most common signs to look for, which may become more pronounced over time if they are not addressed. 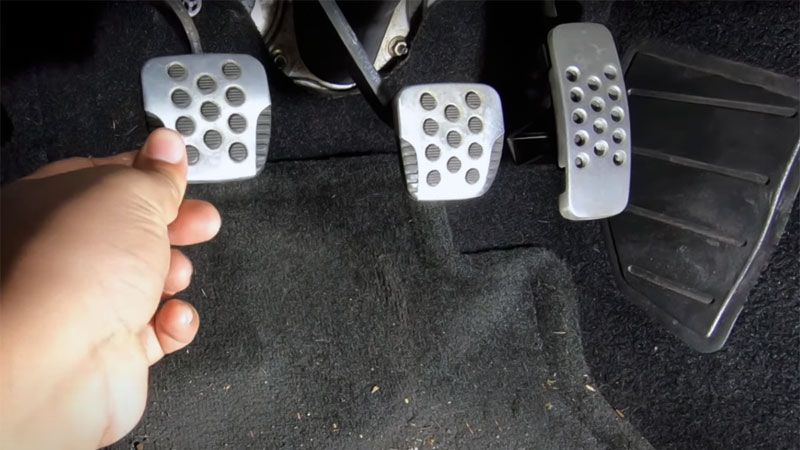 For a throw out bearing to work smoothly, it needs to retain its lubrication properties for as long as possible. As the bearing ages, the grease inside will age with it, allowing more heat from metal on metal contact inside the bearing. This wears out the bearing over time.

Once that happens, the bearing is going to become stiffer which will make it harder for the clutch to disengage. This will make your vehicle much harder to drive, and may prevent you from disengaging the clutch altogether. If you find that it is difficult to shift gears in your manual transmission vehicle, then it could be due to a bad throw out bearing. This symptom is often observed in later stages of the previous symptom where you have a stuck clutch.

You increase the risk of stalling the vehicle if you are not able to disengage the clutch consistently. Stalling can be pretty dangerous, especially if you are in traffic and your stalled vehicle creates an obstruction in the roadway.

If you are experiencing difficulty shifting gears, there are other components that you might want to check out as well to make sure they do not need any maintenance.

A clutch release bearing has rollers which cannot have too much space in between them. But if the bearing gets worn out, then it will have more clearances in this area. This will cause the bearing to rattle around more and start making lots of strange sounds.

The types of sounds you will hear are growling sounds, rattling sounds, and maybe even squealing or whirring sounds. All these noises can be pinpointed to the transmission area.

You will likely hear these sounds the most when you press down on the clutch pedal, but you may still hear them with the clutch fully engaged. 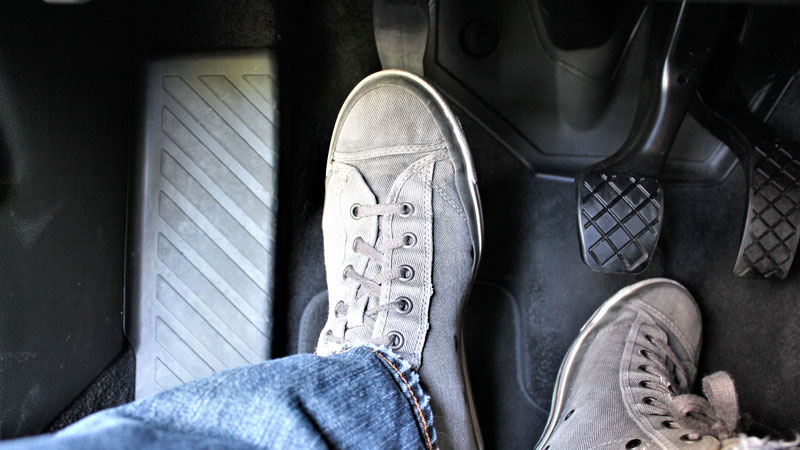 If you press down on the clutch pedal and feel vibrations going into your foot, this is likely due to a bad clutch release bearing. The reason these vibrations form is that the bearing cannot connect to the pressure plate evenly, or there is wear inside the bearing itself that is causing it to vibrate with age.

This generates a pulsation effect that will come out of the pedal and be felt in your foot. These vibrations are likely to be accompanied with strange sounds as well.

If you notice these vibrations when you are accelerating or braking, there are some other components you will want to check out as well such as your brakes, wheel bearings, and axles.

You might notice the labor costs are more expensive but that’s because it will take the mechanic a long time to access the transmission and replace the old throw out bearing with the new one. If you know how to do this job yourself, then you could save over 50% on these costs by just worrying about the parts cost.

If you have dropped your transmission before, you should be able to change your throw out bearing without too much trouble. This task is a bit more involved for a DIY mechanic, but it is something you could do in your own garage if you have the right tools, a repair manual, and good attention to detail.

When you go to change the clutch, you generally should change the throw out bearing at the same time while you have easy access to it.

9 thoughts on “4 Symptoms of a Bad Throw Out Bearing”