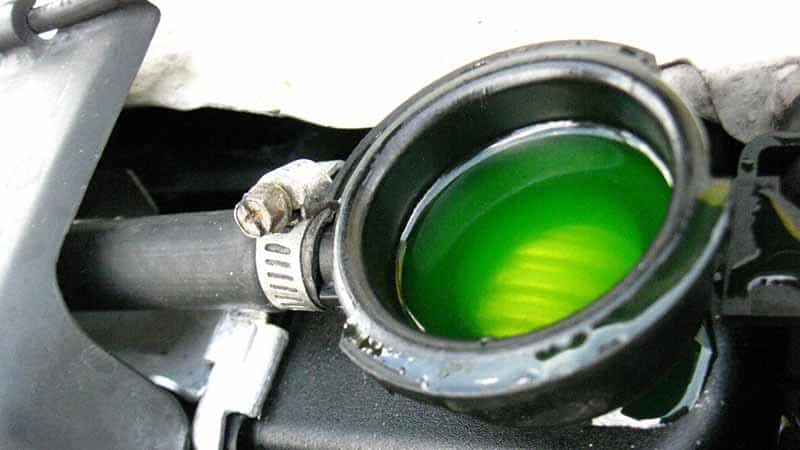 Engine coolant is an important factor in keeping your engine running in top shape and protecting its components. Most coolants are water-based liquids that draw heat from your engine by running through the engine block and then back out into the radiator where it is cooled by air passing into your engine as your vehicle travels on its journey.

Because most engine coolants are water based, it is important that they include compounds that prevent them from freezing when the outside temperature drops below zero. To this end most contain an anti-freeze component but it is also not unusual to find other compounds such as corrosion inhibitors and lubricants to keep your engine running smoothly.

The problem is, with so many different types of coolant on the market, ranging from cheap to not so cheap, it can be difficult to know which ones are good and which ones are a waste of money. So, with this in mind we have written this article with the aim of simplifying the process of choosing the right coolant and recommending the best ones to buy right now.

EVANS Cooling Systems High Performance Waterless Engine Coolant is an unusual coolant because it’s actually water-free. By eliminating water from its formula this coolant helps prevent corrosion, prolong engine life and as a result potentially save you money on maintenance over the years.

This high-performance and expensive coolant is designed for a variety of engines, from high end sports cars to modern four-cylinders to heavy-duty diesels and its patented formula means it doesn’t need to be changed as frequently as regular coolants may need to be as well.

This popular coolant from Zerex is perfect if your vehicle was built in the 1990s or the early 2000s and can still use green coloured coolant.

Zerex have been selling this brand of coolant for years and its tried and tested formula ensures your engine stay cools and doesn’t rust. On top of this its antifreeze component is proven to keep the coolant liquid at temperatures as low as -34 degrees Fahrenheit.

Valvoline MaxLife Universal Antifreeze/Coolant is designed for high-mileage vehicles and carries with it Valvoline’s years of experience and brand assurance.

The patented formula works as both a coolant, anti-freeze and also a lubricant for the gaskets and engine seals on all cars whether new or old.

Yes, Shell the gas station company make engine coolants and good ones at that. This particular pre-diluted formula is specially formulated to reduce corrosion and rust and ensures that your car is kept in tip top condition for many years. It is also one of the cheaper options on this list, making it perfect if you top up coolant frequently or own multiple cars.

Being from Shell, it is also compatible with most makes and models on the market.

This concentrated coolant from Proline is an inexpensive but incredibly effective option for your motoring needs. Again, it is aimed at older vehicles and is less effective on high powered cars but its cheap, universal formula will be a good solution for most drivers.

Engine Ice coolant is an organic and biodegradable coolant that works in cars, as well as motorcycles, ATVs and more. Another cheap and out of the bottle solution, this coolant is highly adaptable and it won’t freeze easily, with a freeze rating of -26 degrees Fahrenheit.

Our second Zerex coolant on the list is of the orange ‘Dex-Cool’ variant, which is a type of organic coolant developed by General Motors in the mid 1990s.

If you own a GM vehicle, then you may have no choice but to purchase a Dex-Cool coolant, and if you do Zerex’s version is certainly worth a look.  Certified to last up to five years, or 150,000 miles, it comes ready-to-use and is premixed for convenience.

Another excellent coolant from Zerex is the Heavy-Duty Extended Life concentrated solution. As a concentrate it will need to be diluted with 50 percent water before use but it truly lives up to its name having been designed to last longer under extensive use. It is specifically aimed at diesel engines but can also be used in diesel generators.

Mixing coolants isn’t usually recommended but Prestone claim that their Universal Coolant is compatible with all types of other coolants making it an ideal solution at a pinch. Say you break down in the middle of nowhere and you need to add more coolant to your car but don’t know exactly which one is currently in the cooling system. Well adding Prestone’s Universal Coolant will get you back up and running in the short term at least until you can flush the system and start again.

Our final recommendation is another Prestone, this time their Dex-Cool formula. With the increasing popularity of aluminium engine blocks and cylinder heads, there is an increased need for corrosion-preventing additives in engine coolants. The Dex-Cool is made with this in mind and contains a patented formula that not only prevents corrosion but keeps your engine running in tip top condition.

So, there you have it, our recommendations for the best engine coolants on the market today. Keep an eye on our blog for even more suggestions and helpful tips.