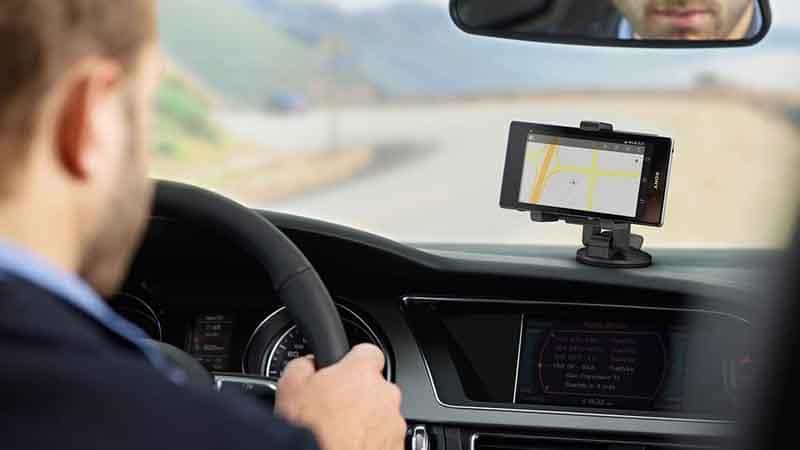 Everyone carries around a smartphone these days. This can be a problem if they use their smartphone while they’re in the middle of driving a vehicle. There is a dangerous trend of driving while texting or talking and it seems to be getting worse. People who hold their smartphone with one hand and their steering wheel with the other hand are just asking to get into an accident.

Fortunately, there are magnetic car phone holders available which allow drivers to remain handsfree when they talk on the phone. These magnetic holders basically attach to the dashboard of their interior. They can easily be mounted right onto an air vent, which won’t block the airflow coming out of it. This allows you to see the smartphone screen right in front of you as if it were part of the dashboard. If you need to tap the screen to select different options, you can do so without having to grab the phone. It is just as simple and safe as pressing the buttons which operate your car radio.

Below are the top 10 best magnetic car phone holders.

The Koomus Pro Magnetic Smartphone Car Mount Holder is a very simple device to install in your vehicle. Assuming you have a CD player in your car (like most people do these days), you just push a button on the holder and then slide the device into the available CD slot. Then you can start using it right away. After you put the smartphone on the holder, you can rotate it around 360 degrees in any direction.

The aLLreLi Universal Magnetic Car Mount Phone Holder is compatible with virtually any type of smartphone, whether it’s an iOS or Android. The size of the smartphone does not matter either. The magnet is very strong and will keep your mobile device secure. Meanwhile, you can rotate it 360 degrees without any wobbling or shakiness. This is thanks to the holder’s stainless-steel ball.

The Maxboost Magnetic Car Mount can easily attach to any area on your dashboard that is flat. There are 4 strong magnets inside this car mount which keep it secure. You can use any size smartphone with the mount, regardless of whether the cover is used. You’ll like the ultra slim design of this car mount because it makes it easy to fit in compact areas. The soft rubber padding on the outside will protect it from scratches too.

The Anker Air Vent Magnetic Car Mount features something called “3M Adhesive Technology.” This is a special adhesive material which provides a strong hold that lasts for a long time. Pick any flat area on your dashboard and watch this car mount stick securely. Its compatibility with smartphones is universal, as long as the smartphone device weighs up to 11 oz. and is no larger than 8” in width. Most smartphones fit this criterion, so it should be okay with yours.

The TechMatte MagGrip Magnetic Universal Car Mount Holder can not only be attached to your dashboard, but it can also be attached to your windshield as well. The holder has a gel padded suction cup which sticks strongly to any flat surface without marks or residue being left behind after you remove it. The durable plastic construction of the holder means the phone will have a long lifespan.

The Baseus Universal Magnetic Car Mount can be used for both GPS systems and smartphone devices. The 3M Adhesive Technology of this car mount gives it the strength to magnetize securely to any flat surface. It should take you about 1 second to attach the mount to your dashboard. That is how easy it is. All lightweight devices, like smartphones, will have complete stability when they’re attached to this car mount.

The SCOSCHE MAGDMB Magic Mount is compatible with virtually all types of GPS and smartphone devices. The magnetic surface will immediately secure your mobile device on the dashboard of your car. The design of the mount is resistant to both hot and cold temperatures too. This means there is no fading or deterioration from temperature changes in the vehicle.

The SMART & EASY Magnetic Cell Phone Holder is one of the thinnest car phone holders on the market. The snap technology is what keeps it secure on your dashboard so that it won’t fall to the floor. The magnetic pulling strength of the holder will not hurt your mobile device either. This has been proven through various tests conducted on it. Plus, the rubber surface makes it virtually impossible for it to slip.

The WizGear Universal Air Vent Magnetic Car Mount Phone Holder has a simplistic design that works well. Between the strong magnetic head and the tough rubber base, it can secure any smartphone to your car’s dashboard. You won’t have to worry about vibrations and bumps knocking off the car holder either.

The Veckle CD Slot Magnetic Phone Car Mount Holder has an extra strong magnet which is simple to attach to your available CD slot. It is easy to remove from there too. But the silicone “blade” style design of this car mount holder is what really makes it unique. The CD player won’t get scratched up because of the silicone material which prevents this from happening.