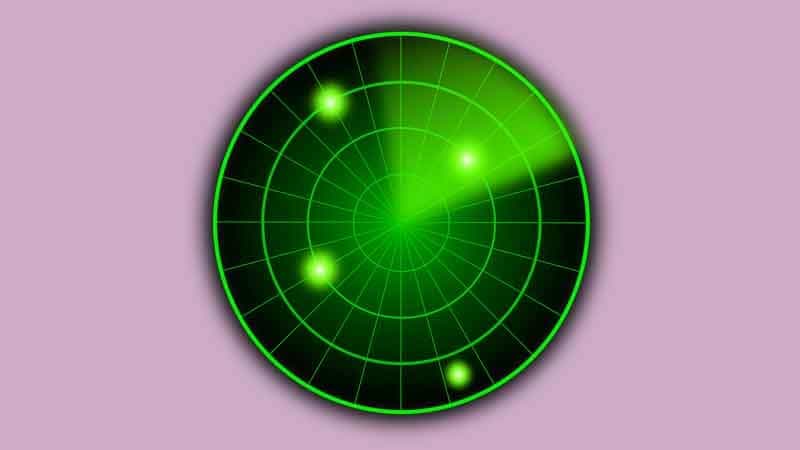 Speeding in our cars is something that we have all done at one time or another. While it is not recommended to go too fast, it is quite common to go 5 or 10 miles per hour over the posted speed limit. People do this all the time when they pass other people or clearly see that few other people are on the road. No one ever thinks they’re going to get caught until they do.

You’ll never know when there is a police officer just waiting around the corner in their car with a radar gun. Speeders at nighttime are usually caught off guard because they cannot see when police cars are parked on the side of the road. The radar gun is how police officers can detect how fast you are going when you drive by them. They simply point the radar gun at your car and it will almost immediately give them a speed reading. If it shows that you went over the posted speed limit for that road, they’ll turn their lights on and go after you to pull you over.

Fortunately, there is a way you can avoid speeding past a police car. You can purchase a radar detector for your car which can detect whenever you’re close to a radar gun or any kind of speed detection equipment. This will give you enough time to slow down before you pass the car. That way, you won’t be accused of speeding. Just be sure that radar detectors are legal in your state. Some areas like Washington D.C. and Virginia have outlawed them.

There are many different radar detector models to choose from. The differences pertain to their detection range and level of accuracy. To help ensure that you choose the best one for your budget and needs, below are the top 10 best radar detectors for your car.

The Cobra XRS9370 Radar/Laser Detector is one of the less expensive radar detectors on the market. Its quality and performance are still impressive, though, because it has a wide range of detection and will give you a warning early on if any radar devices are detected. The LaserEye technology of this device gives it 360 degrees of advanced detection in any direction. There are 14 different radar brands that the Cobra XRS9370 can detect. It is compact and suitable for highway and city driving.

The Escort Passport 9500ix Radar Detector has a high customer rating but is also a bit pricier too. Its long-range detection ability can give you a warning if any popular brand of radar technology is around, such as Superwide Ka, X, and anything with a POP instant mode. The device has Escort Live app compatibility, GPS integration, and 360 degrees of detection ability. With the app, you can stay informed of the local speed limits within the area you’re driving in.

The Cobra ESD7570 is a very compact 9-Band Performance Laser/Radar Detector which is inexpensive and features a bright display screen for the data readings. It gives you protection against specific radar detectors like VG-2 and Spectre I. It can detect any radar devices at 360 degrees around you. As soon as a detection is made, you will receive a safety/warning alert on its display screen. You will also stay informed of any nearby railroad crossings and emergency vehicles that are coming your way.

The Whistler CR65 Laser Radar Detector features 360-degree detection, so it can detect radar to the sides, behind, or in front of you. It is compatible with most radar gun types, such as laser, X-band, and K-band. If any stealth modes are being used by the radar gun, the Whistler CR65 will still detect it too. There are three modes available for city and highway driving. Visual data is provided by LED lights.

The Escort Passport 8500 X50 is an affordable alternative to the Escort Passport 9500ix. The 8500 X50 has an enhanced radar receiver, 360 degrees of detection ability, and is compatible with instant-on and standard radar devices. If there is a threat from K-band, X-band, or POP modes, the 8500 X50 will let you know immediately. False alerts are also eliminated with the help of the Traffic Sensor Rejection feature.

The Whistler XTR-130 Laser Radar Detector gives you 3 city driving modes, a battery saving mode, priority alerts, and 360 degrees of protection. The alerts are illustrated with symbol icons on the display screen. There is even a safety warning system which informs you about hazards or construction in the road and emergency vehicles that are approaching.

The Beltronics RX65 Professional Series Radar Detector has a wide range of detection, thanks to the Advanced AutoScan feature. You also have the freedom to customize the detector with as many as 7 different driving options. There is even a SmartPlug power cord included that features AutoMute and Mute technology.

The Uniden R3 Extreme Long-Range Radar/Laser Detector is a highly recommended radar detector which is a top seller on Amazon. Its “Eagle Eye” 360-degree detection will be able to spot radar guns like Ka wideband, x-band, and any that have a POP mode to them. In addition to police radar detection, it can also warn you about red light cameras because of the GPS technology integrated into it. If you can go over the high price of the detector, then you will be purchasing one of the best detectors on the market.

The Escort Max 360 Radar Detector is another expensive but highly effective radar detector. It will quickly scan 360 degrees around the area to detect any radar nearby. Its Digital Signal Processing helps it detect radar faster than most other detectors on the market. You can also enjoy its GPS, Bluetooth, Cruise Alert, red light detection, Escort Live app compatibility, and so much more.

The Cobra RAD 450 Laser Radar Detector is affordable and awesome at the same time. It has an IVT Filter TM system that is designed to produce fewer false alerts. If your environment is very open and flat, the device can detect radar for up to 2 miles. The voice announcements will alert you whenever bands are detected too. That way, don’t always need to take your eyes off the road to look at the screen.