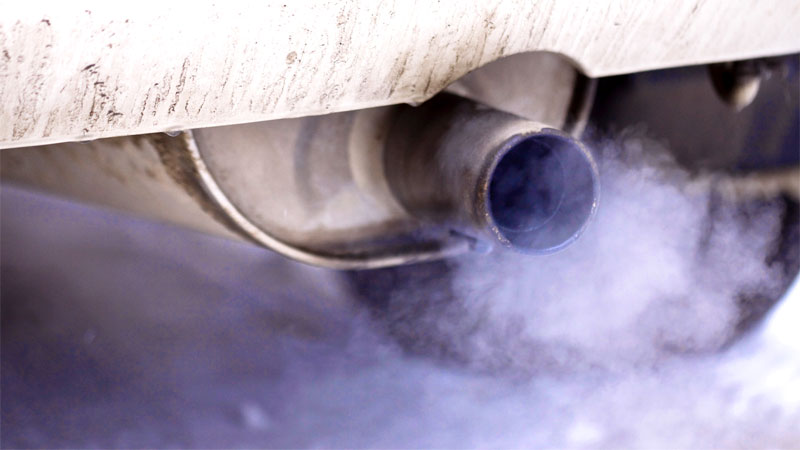 Ever notice a car that takes off from a stop light leaving a huge cloud of smelly blue smoke in its wake? Perhaps this is your car. Why is this happening, you might ask?

A cloud of blue smoke generally means one thing: you’re burning oil. Instead of topping off your oil pan and continuing on your way, you should think about the implications of having an engine that burns too much oil.

Blue smoke is generally a bad sign, yes. Not only is it harmful to the environment, it could be an early warning sign that you are in for some expensive repairs, such as an engine rebuild.

Common Causes of Blue Smoke From Your Exhaust 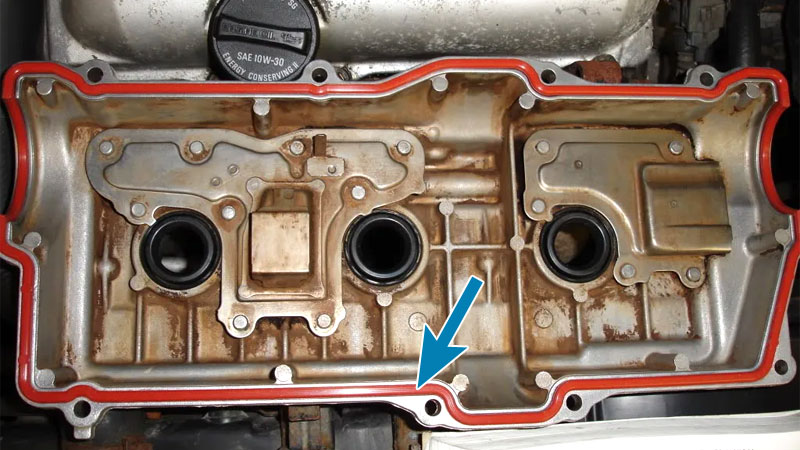 Valve cover gaskets (also called cam or rocker cover gaskets) are typically cheap and simple fixes, but will often leak with age. A valve cover gasket that leaks internally may allow oil to enter the combustion chamber via the spark plug holes.

If this is the cause, you should see oil in your spark plug wells that also coats the tip of the spark plug. This may be present in one cylinder or many. 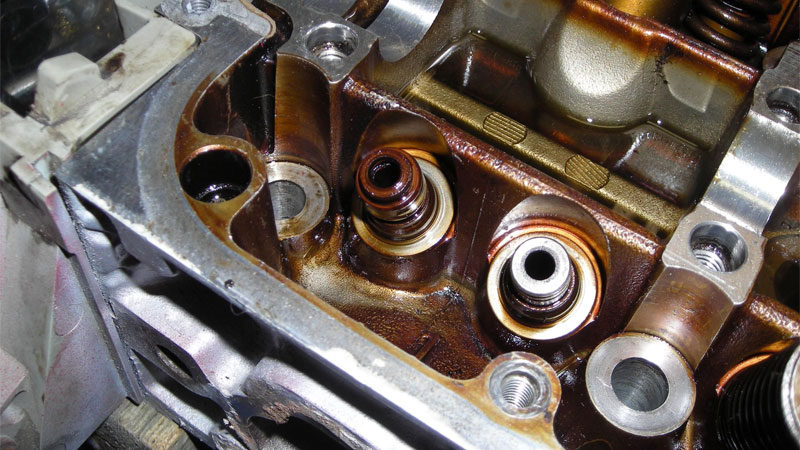 Valve guide seals (also called valve seals) are the seals around the valve stem for each of your valves. These seals may wear down over time.

When valve guide seals leak, they allow engine oil from the head to leak down the valves and into the combustion chamber. This oil will then burn with the rest of the air fuel mixture, causing blue smoke.

If you notice more blue smoke upon deceleration, you may have bad guide seals. This is because engine vacuum is more likely to pull oil into the engine than when the engine is under load. 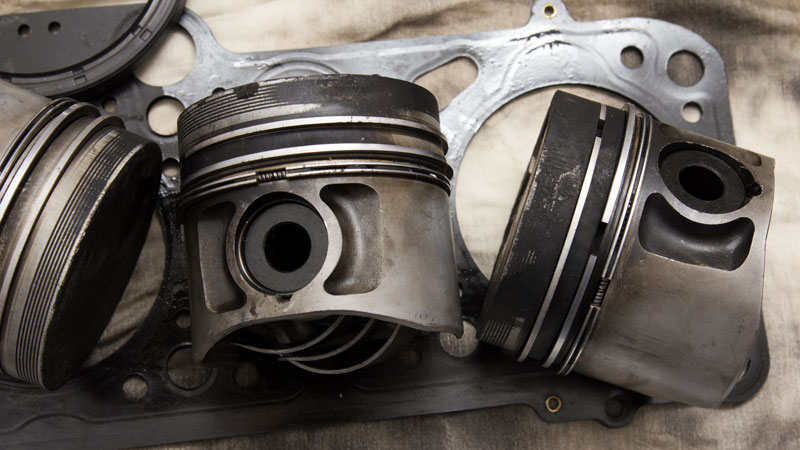 Worn piston rings are the first thing many people think of when you mention blue smoke. If you notice more blue smoke at high RPM, you probably have bad piston rings.

There are three rings per piston: the oil ring, the compression ring, and the scraper ring.

Aren’t sure which piston rings are the problem? A compression test should help you figure out the overall health of your engine, and which cylinders in particular are the source of the burning oil. 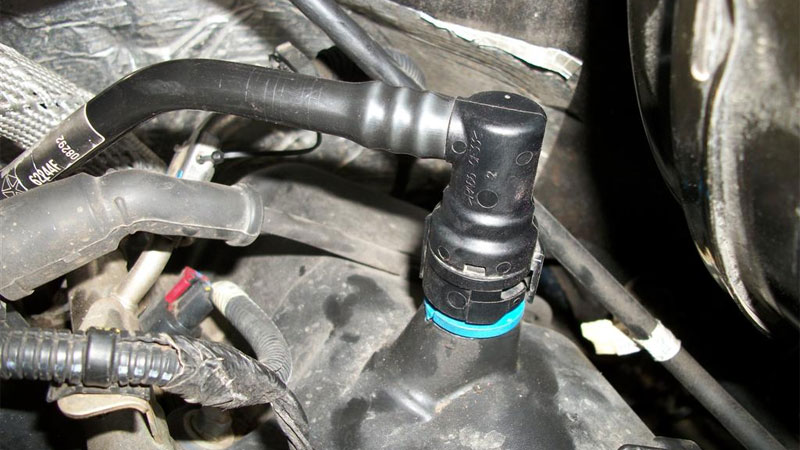 A faulty PCV valve may allow excessive oil into the intake manifold. This oil is then sucked into the combustion chamber and burned with the rest of the air-fuel mixture.

Bad PCV valves are typically inexpensive, easy to access, and easy to replace. One way you may be able to test the valve is to shake it. If you hear a rattle, the valve is probably good. A bad valve will emit little or no noise.

You can also try running the engine with the PCV valve attached to the intake manifold, but not the valve cover. If you put your finger over the detached end, you should feel a bit of suction from the manifold vacuum.

If you do not feel suction or your engine starts to stall, you may need a new PCV valve.

My Smoke Isn’t Blue. What Does That Mean? 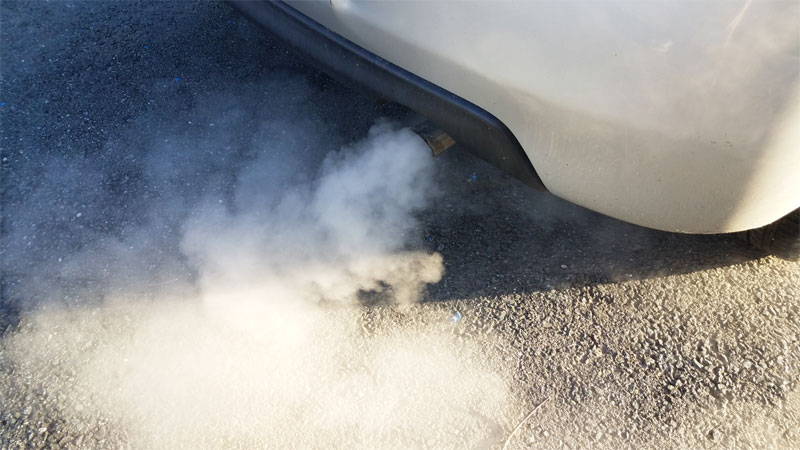 Excessive white smoke is a telltale sign of burning coolant. You may notice a cloud of white smoke particularly on startup or when you step on the gas to rev the engine.

Coolant can enter the combustion chamber through a leaking head gasket or a bad intake manifold gasket. You may also notice your engine overheating occasionally.

If you think you may have a head gasket leak, you can try performing a leak down test. This test will tell you if there is any way for air to get from the combustion chamber to the cooling system. The test is performed once per cylinder while each cylinder is under its compression stroke. 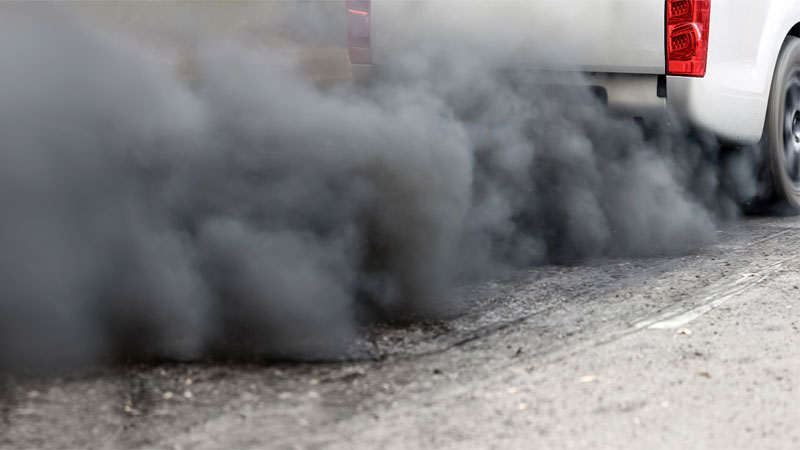 Diesel engines in particular may emit black smoke when they’re not running quite right. Black smoke is soot caused by incomplete combustion. This typically happens when the air fuel mixture is too rich.

You may also have an issue with some of your emissions equipment, such as a dirty EGR valve.

Gasoline engines can produce black smoke as well, but it tends to be a little less pronounced than a poorly running diesel engine. When a gasoline engine runs rich, it won’t always smoke. However, sometimes you will notice a fuel smell coming from the tailpipe.

What’s It Going to Cost to Fix? 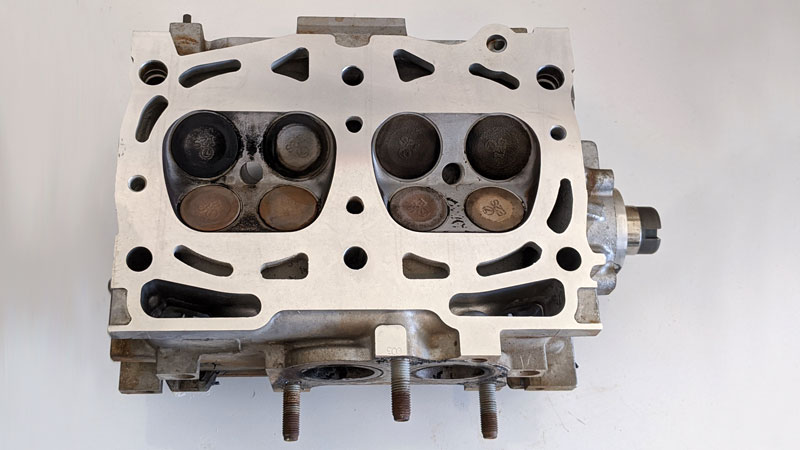 The cost to fix blue smoke will depend on the issue that is afflicting your particular car. PCV valves can be replaced for about $10 and are often easy to access. A simple valve cover replacement may only run you $200 for parts and labor.

An engine rebuild could cost you in the neighborhood of $4,000, depending on the engine and what needs to be replaced.

When addressing this issue, it is very important that you find a mechanic who can deliver a correct diagnosis the first time.