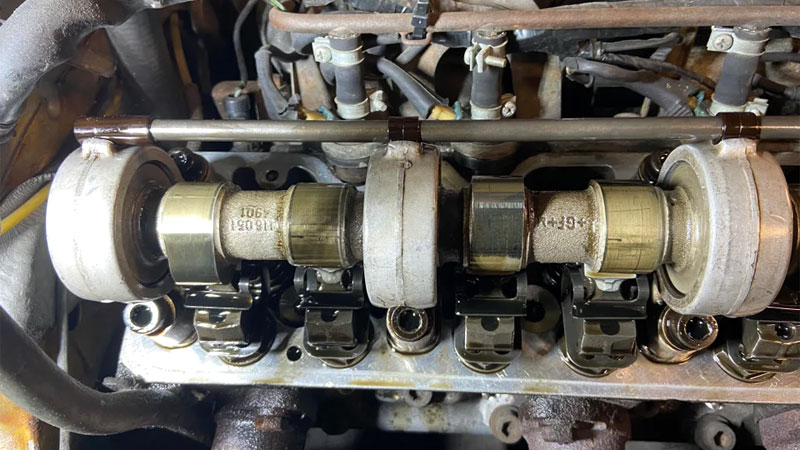 The valve shim of a car is a hardened metal disc responsible for the clearance adjustment between the camshaft-lobe and the corresponding valve it controls. Whenever a cam-lobe exists within a vehicle, it controls the valve directly. There is no rocker arm needed like in other vehicles which don’t have a cam-lobe.

It is important for the valve shim to remain functional or else the clearance adjustment will be off. Once that happens, you will experience a lot of negative symptoms which are not good to drive under.

Some of these symptoms include rough idling, weak engine performance, and damaged valves.

The formula for adjusting the valve shim clearance might be slightly different for each size engine. However, the following steps are just a basic rundown of the formula which should apply to most standard engines that people have in their vehicles.

Keep the engine turned off. You will want it to be cold before you begin the adjustment process.

You can do this by first repositioning the cam-lobe so that it is pointing upward. The crankshaft will need to be turned to reposition it. Now the lifter needs to be turned. You’ll want the notch to be aligned with the middle of the cylinder head.

Apply a pushing pressure to the lifter with a depressor tool. Put a keeper tool on the lifter’s edge. Take out the depressor tool and then use a magnet to take off the shim.

Measure the shim’s thickness with a micrometer. Calculate the new valve shim adjustment thickness so that the proper clearance can be achieved. With a 2.4L engine, the formula for calculating the thickness would be as follows:

The same formula can be used to calculate the thickness of both the intake shim and exhaust shim.

If you go to a professional mechanic to get a valve shim clearance job done, it will cost you anywhere from $250 to $340. The parts cost will only be around $30 to $60 while the labor costs will be around $220 to $280. Taxes and fees will surely be added to the total price as well. The best thing to do is find a good, experienced mechanic who charges a reasonable hourly rate.