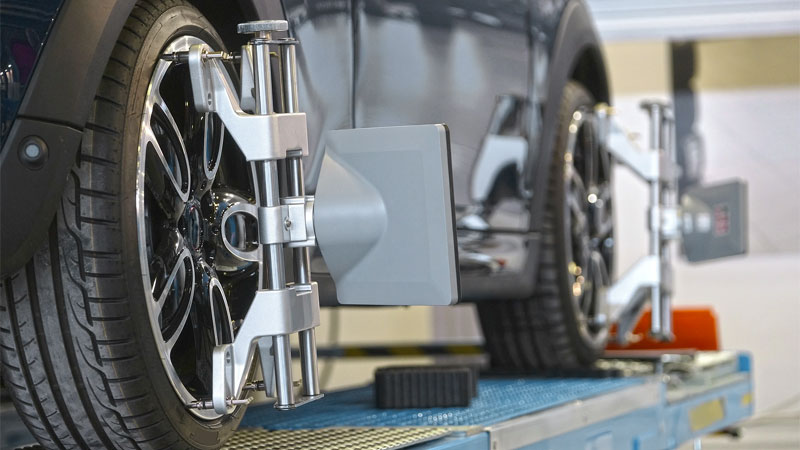 Caster refers to the angle of the steering axis on a vehicle’s wheel from the straight line of its vertical axis. This is a wheel that gets steered on a vehicle, such as a bicycle, car, or motorcycle.

The angle is measured by the angular space between the vertical and the pivot line, which is the line that runs from the lower ball joint to the upper ball joint. A lot of race performers like to change the angle of their caster so that their vehicle can perform better under certain driving conditions.

Caster effects don’t just exist on cars. They exist on anything that has wheels on the bottom of it. For example, pay attention to the wheels on the shopping cart at your local supermarket. Most likely, these wheels will have a positive caster because they were made to help you keep the cart straight as you push it. That is the power of caster. Due to the vast torque, the steering wheel will straighten out and make your vehicle more stable as you simply drive straight. If you increase the degree of the positive caster angle too much, it will create more heaviness in the steering.

Fortunately, most modern vehicles have power steering abilities which reduce the heaviness felt in the steering wheel whenever you have a positive caster angle on your wheels. So, just make sure the vehicle that you want to purchase has a good power steering system, which is pretty much a given these days. The main reason that negative caster had been used can be attributed to the classic technology of tires and chassis back in those days. Also, there was no power steering back then, so automakers had to figure out a way to make the steering wheel feel lighter for the drivers. The negative caster set up was the only way they could pull this off.

When you look at the way newer cars are made, their internal structure and chassis cannot support a negative caster. Why would they? Power steering has revolutionized the automobile industry and has allowed drivers to have a much safer and stable driving experience.

Besides, a negative caster had trouble with stability and keeping on a straight path because the steering wheel often becomes too light and it is easy to jerk around. However, some drivers like it this way which is why they still choose to have negative casters on their vehicle.

If you try to modify the caster settings on your vehicle, make sure you keep the angular degrees of the casters completely symmetrical with one another.

If you were to make the mistake of miscalculating the angles of the casters on various wheels of your vehicle, then you will find that the car will start pulling more toward one side versus the other side.

The side which doesn’t have much of a caster angle will be the side in which the car pulls toward. If you don’t trust yourself to do this properly, then have a professional change the caster angles for you.

1 thought on “What is Caster? (Positive & Negative Caster Effects)”