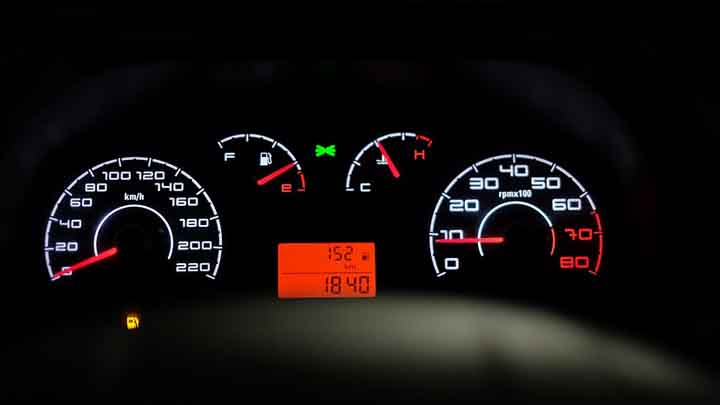 The components of a car’s engine will generate a lot of heat while they’re moving and rotating. Without the cooling system, the engine would very easily overheat and cause your entire vehicle to malfunction. Not only that, your engine would be permanently damaged and then you’d have to spend thousands of dollars to replace it.

That is why it is important that you catch this problem in time before it gets too bad. Furthermore, you need to understand the causes of car overheating, so you know how to fix the problem and prevent it from happening again in the future.

Most auto experts say that damage to the mechanical components of the vehicle will occur if the engine becomes hotter than 240°F. The temperature gauge will indicate the engine is too hot and you should see the engine warning light come on your dashboard. There may even be steam rising out of the engine if it gets too hot. This all indicates that something is preventing the engine from being cooled.

Why is My Car Overheating?

Below are the top 5 causes of car overheating.

One of the main causes of car overheating is when the coolant is leaking from the hoses of the cooling system. These hoses are responsible for transferring the coolant fluid from the cooling system to the engine. Obviously, if these hoses get damaged or worn out, any tiny hole in them will cause coolant to leak out. Then there wouldn’t be enough coolant circulating through the engine, which would cause overheating after a short while. To get yourself to the nearest auto shop right away, you’d have to refill your cooling system with coolant just enough, so you can get there in time before the engine overheats again.

Following a coolant leak, more air will build up inside of the cooling system than coolant fluid. All this accumulating air forms a large air bubble known as an airlock. This airlock prevents the remaining coolant from circulating through the engine any further, which results in the engine becoming even more overheated. That is a big reason why you need to take care of the coolant leak before it gets to the point when there’s an airlock.

If you live in a northern location where there are cold temperatures and it becomes below freezing outside, gel could form inside of the coolant while it sits in the engine. This gel will create a blockage from allowing the coolant to circulate in and out of the engine. As a result, the engine will begin to overheat because it is not getting any new fresh coolant inside of itself.

Another common cause of car overheating is when the water pump goes bad. The pump is the primary component which allows coolant to circulate through the engine and cool down its components. Unfortunately, the water pump can wear down and then eventually break once its impeller stops working. It won’t be too much longer after that until the engine begins to overheat and cause much bigger problems for the vehicle.

1 thought on “5 Reasons Your Car is Overheating”