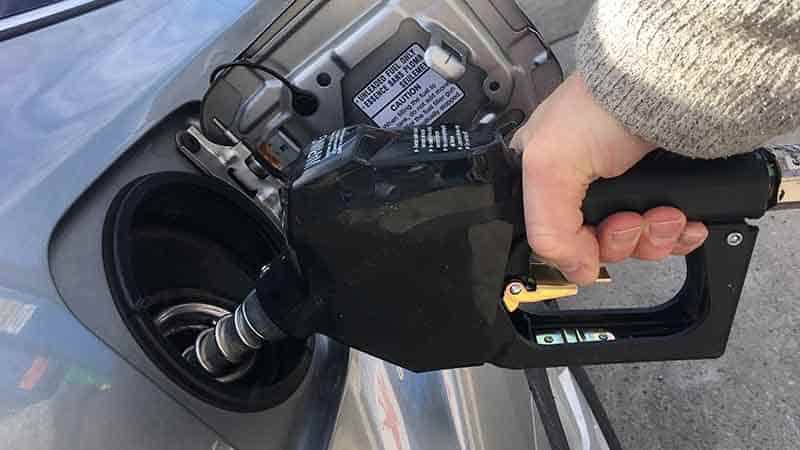 There are two precious fluids that every vehicle needs; gas and oil. The gas is the fuel which you pump into your fuel tank at the gas station. The internal combustion engine depends on a mixture of fuel and air to generate power for the wheels below. Since the engine has a lot of internal components which are moving around and rubbing against each other, they need oil to keep them cooled down and running smoothly.

There is no situation where gas and oil should be mixing together. They are two separate liquids that serve two different purposes, even though they both work with the engine in some capacity. But there are situations that can happen where gas accidentally mixes with oil or vice versa. Once that happens, you’ll notice your oil smelling like gas.

Aside from the foul smell of gas in oil, this will also cause problems for the functionality of your engine. That is why you’ll want to address this issue as soon as you notice it. First, you must fix the cause of the problem by repairing whatever components are damaged or faulty. Then, you need to change your oil and replace it with totally fresh oil that doesn’t smell like gas.

To help you diagnose the problem, below is a list of the causes of oil smelling like gasoline.

1) Piston Ring Issues – The cylinder walls of the engine are dependent on the piston rings to act as seals. These seals are supposed to provide a barrier between the oil and gasoline. Unfortunately, piston rings are never perfect when they seal the gasoline from the oil. For this reason, a little bit of gas could possibly end up in your oil once the seal is just slightly damaged or worn. It won’t be enough of a leak to damage your engine, but your cabin will sure smell like gasoline.

2) Stuck Fuel Injector – Fuel injectors are supposed to close on their own. But if your fuel injector ends up getting stuck in the open position, then it will cause fuel to leak out and mix in with the oil of your engine. Sometimes your carburetor might have an issue too if the gas ends up in the intake manifold.

3) Add Gas Instead of Oil – This is a rare situation, but it can happen if you’re the type of person to add gas and oil to your vehicle using your own canisters. For instance, if you’ve used a canister to fill your gas tank up with gas, make sure you clean it carefully if you end up using the same canister to supply oil to your engine. If there are traces of gas in the canister, it could mix with the oil. Then you’ll end up putting a gas and oil mixture in your engine during the next oil change.

4) No Oil Changes– Do you get oil changes when you’re supposed to? The average car manufacturer recommends that you change the oil in your vehicle every 3,000 to 5,000 miles. If you don’t get these oil changes, then you won’t get rid of the gas that is in your oil. Sometimes you might not even notice the gas in your oil, especially if you have other people doing the maintenance on your car for you. So, make sure you get frequent oil changes to ensure that your oil is gas-free.

In most cases, there will only be a small amount of gas which leaks into your oil. You’ll notice the problem immediately when the gas odor fills up the air of your cabin. Just don’t let this problem persist without doing something about it or else your engine might become damaged if too much gas mixes with the oil.