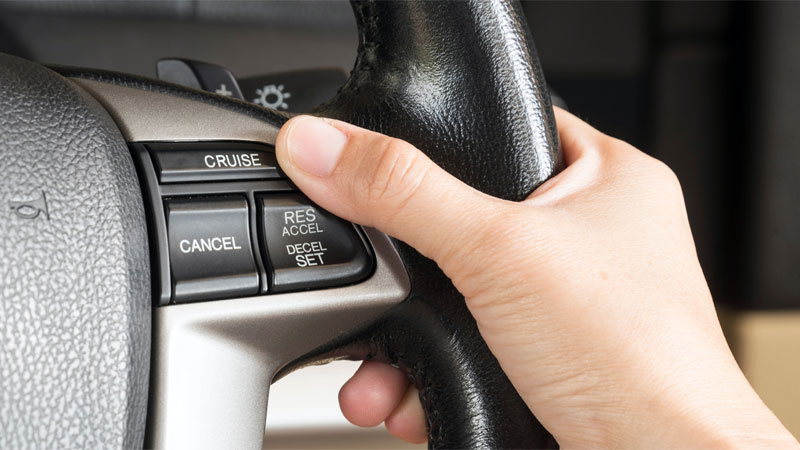 Cruise control has been around since the late 1950s. There was a time when you could only find this convenient feature in a few model vehicles. Nowadays, it seems like virtually every model vehicle on the road has a cruise control feature.

How Does Cruise Control Work?

If you normally drive long distances, especially on the interstate, then cruise control lets you take your foot off the gas while the car maintains the same speed, giving your leg a rest. This may seem like merely a luxurious feature rather than a necessity, but many people depend on it for safe driving.

There are several different types of cruise control systems, but all implementations share similar basic components. There is a sensor to measure vehicle speed, a throttle position sensor, and some mechanism to control the throttle plate without the use of the gas pedal.

Outputs from the speed and throttle position sensors allow the engine computer to determine how much the throttle plate needs to open or close to maintain speed.

Cruise control systems may also use sensors in the transmission, taking the current gear and engine vacuum into account. Throttle position will be different in each gear at a given speed, especially when driving over hills.

Related: How Does Drive-By-Wire Technology Work?

What About Adaptive Cruise Control?

Adaptive cruise control is a newer, more sophisticated cruise control system that maintains vehicle speed based on the traffic in front of you. Traffic often fluctuates depending on conditions and the amount of drivers on the road at any given time.

This prevents traditional cruise control systems from working without constant input from the driver, defeating the purpose of cruise control.

Adaptive cruise control uses radar or cameras to determine the speed of traffic and the following distance between you and the car in front of you. The ECU will make subtle adjustments to maintain a constant following distance, even if traffic slows down slightly.

This feature can often be used for automating braking as well.

If your cruise control feature malfunctions and stops working altogether, you may not think it’s an immediate concern. You’ll probably figure that you just can’t use cruise control anymore until you get the problem fixed.

There are several possible causes of cruise control not working. Below are the top 6 most common causes. Check each of these areas and see if they’re the cause of your cruise control issue. In many cases, the remedy to the problem is not that complicated or expensive. 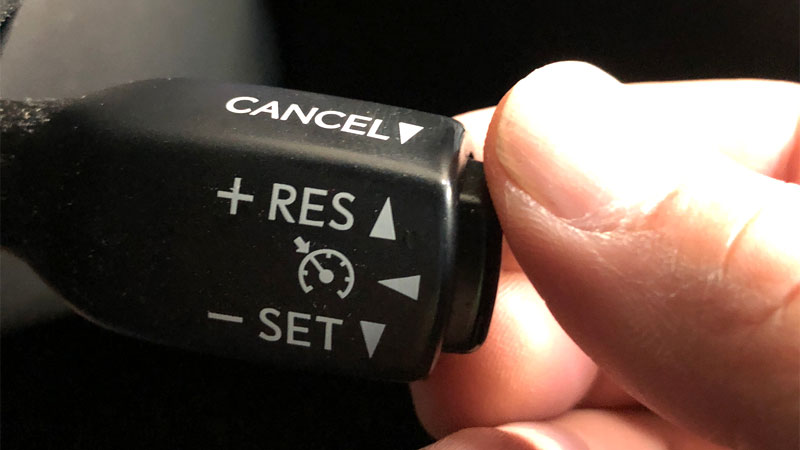 The cruise control switch is what you use to set your cruising speed. This information is transmitted to the engine control unit and cruise control module in order to sustain the acceleration speed.

If the contacts inside the cruise control switch were to wear out, then the module and unit might not receive the necessary speed information it needs to keep the acceleration going. In response, the system will deactivate entirely and cancel the current cruise acceleration set. 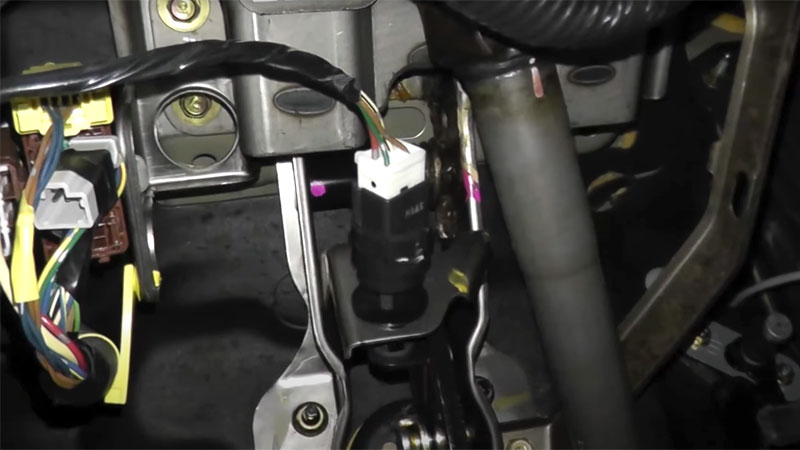 Normally, you press the brake pedal to turn off cruise control. The brake light switch must be detected by the cruise control system for this to happen.

If it cannot detect the switch, then cruise control will disable itself automatically until the brake light switch issue is fixed.

A faulty brake light switch can also cause your brake lights to stay on. 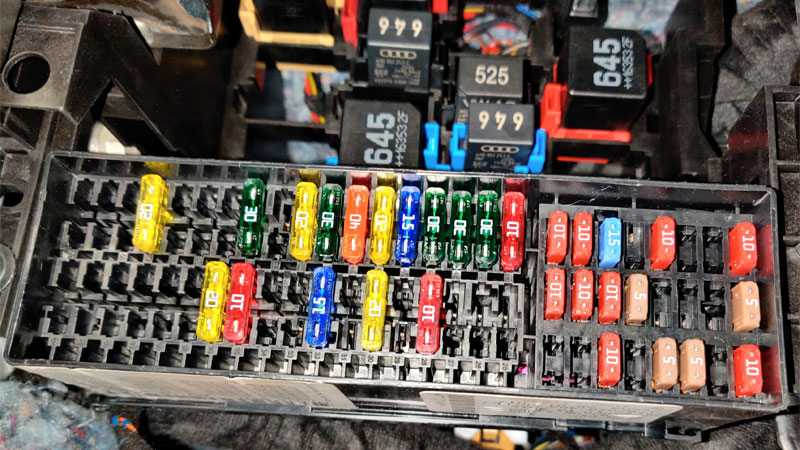 If the check engine warning light comes on, it usually means there is a problem with your transmission or engine. Once the engine control unit detects this problem, it may disable your cruise control system in response as a safety precaution.

Until you fix the engine issue, the cruise control will stay disabled. 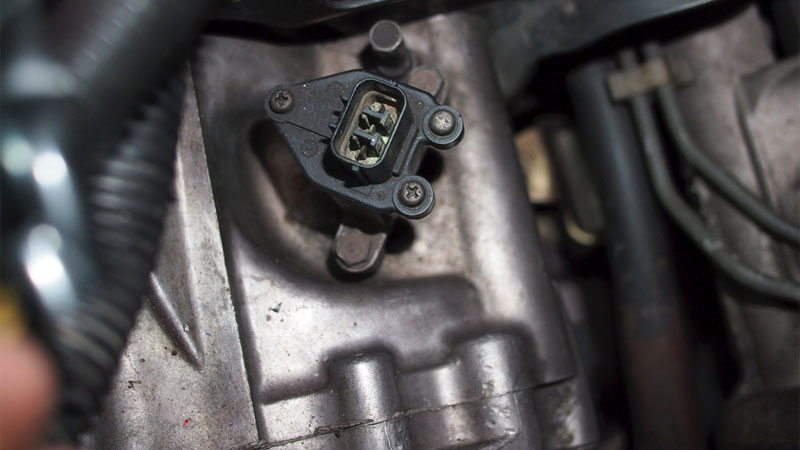 If the module cannot detect the speed because of faulty speed sensors, then the cruise control system will automatically deactivate. 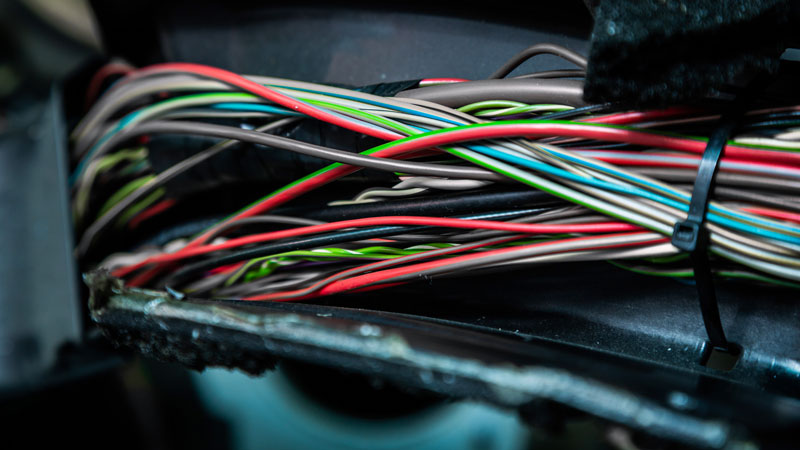 Make sure the source of the voltage is still supplying power to the system as well. If any of these components are loose or damaged, then it would explain why the cruise control isn’t functioning. 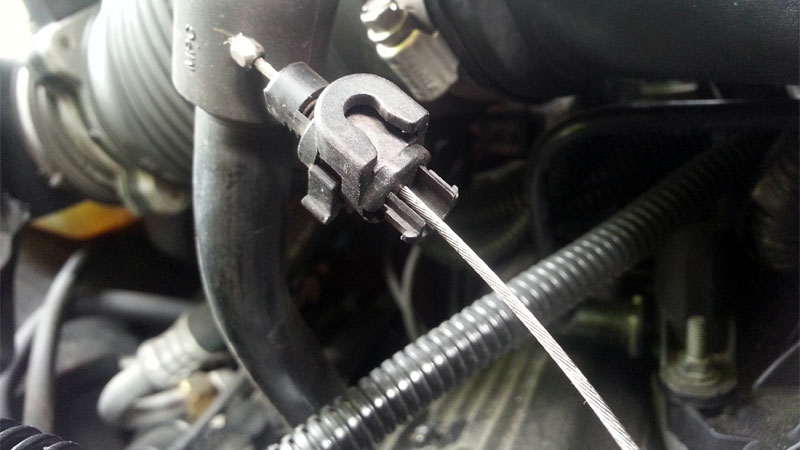 10 thoughts on “7 Reasons Why Cruise Control is Not Working”