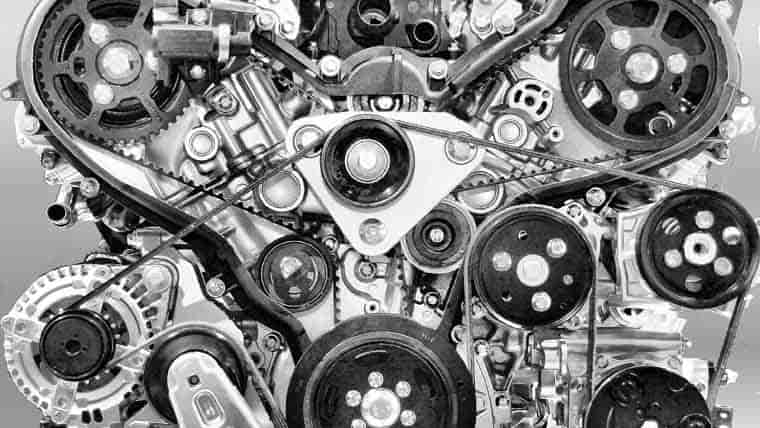 The Four Strokes of the Diesel Engine

There are two types of diesel engines; a four-stroke engine and a two-stroke engine. The typical diesel engine will have four strokes just like the petrol engine. However, the process of the strokes is different than the petrol strokes. The main difference between the two processes has to do with how the fuel is supplied and ignited.

Ironically, there was another German engineer responsible for inventing the four strokes of the diesel engine. This inventor’s name was Rudolph Diesel, who invented the process called the “Diesel Cycle.” This is a cycle that relies on a higher ratio of compression for air. The heat generated from this compressed air can get to anywhere between 400°C and 800°C. Sometimes the temperature will even go above this temperature. But it is necessary for the temperature to go up to this amount because if it didn’t, then the diesel fuel would not be able to get ignited.

Below are the 4 strokes of the diesel engine.

Stroke #1 – The first stroke of the Diesel Cycle is virtually identical to the petrol cycle. The inlet valve opens and lets the outside air come inside. The cylinders below receive this air because of the downward motion of the pistons that draw the air into them.

Stroke #2 – The second stroke involves compression. After the inlet valve closes, the air becomes compressed as the pistons start to move upward. There is a small confined space in this region that allows for higher compression.

Stroke #3 – The third stroke will involve combustion. As the air becomes highly compressed, it begins to heat up drastically. The fuel injectors will then spray the diesel fuel into the combustion chamber where all this hot compressed air is located. As soon as the fuel touches this compressed air, it will immediately ignite. The result of this ignition is heat energy which creates the power necessary to move the vehicle.

Stroke #4 – The fourth stroke has to do with the exhaust. All the exhaust gases that were generated will be pushed out of the open exhaust valve because of the pistons. This creates the infamous black smoke which diesel vehicles are known for. This smoke will come out of the stacks and/or the tailpipe.

Again, there are no spark plugs to worry about for diesel engines. That might be one less piece of maintenance that you’ll have to worry about. On the other hand, you should still continue to maintain your engine by regularly bringing your vehicle to the auto shop for checkups. This will guarantee that you get the most life out of your diesel engine that is possible.