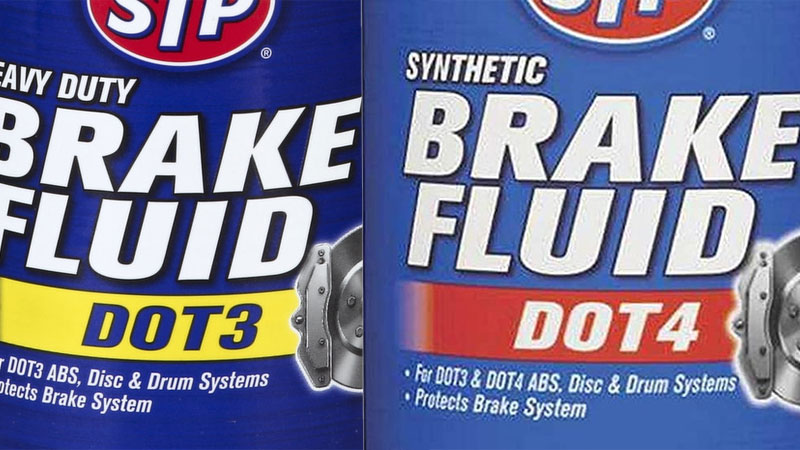 Modern braking systems use hydraulics to transfer the force from the brake pedal to the brake calipers. Brake fluid is special hydraulic fluid that can withstand the high temperatures produced by the brakes. Brakes turn the kinetic energy of your vehicle’s motion into heat.

There are four types of braking fluids which are separated based on their official designation: DOT 3, DOT 4, DOT 5, and DOT 5.1. This designation represents the specific chemical mixture in which the braking fluid is comprised of.

As long as the braking fluid complies with the Department of Transportation’s minimum standards, then it is acceptable to use in the braking system of a vehicle. Out of the four types of braking fluid, the most popular ones are DOT 3 and DOT 4. 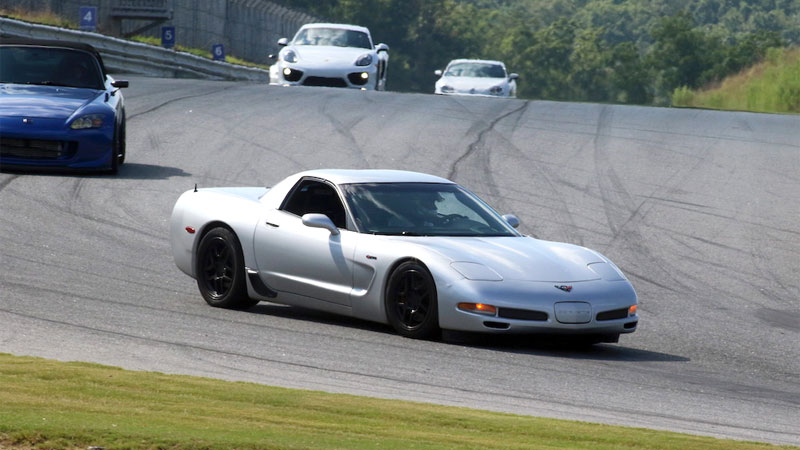 When trying to understand the difference between DOT 3 and DOT 4, you should pay attention to their two different boiling points.

As you can see, the DOT 4 has a higher boiling point for both dry and wet points. This means it can withstand more heat before it starts to break down making it better for high performance vehicles or when braking under extreme conditions.

DOT 3 is considered to be the most standard braking fluid for any regular economy class car. Its chemical mixture can handle a fair amount of heat but not as much heat as a DOT 4.

DOT 3 and DOT 4 brake fluids are both glycol-ether based. The difference in their boiling point comes from borate compounds that raise the boiling point of the DOT 4 fluid, compared to DOT 3.

In some cases, DOT 4 may be slightly less viscous than DOT 3 as well. This is beneficial for ABS systems that actuate valves inside the ABS module very rapidly.

Many passenger vehicles call for DOT 3. This is because you typically don’t brake as aggressively or as frequently on the street as police cars or cars on a race track would. 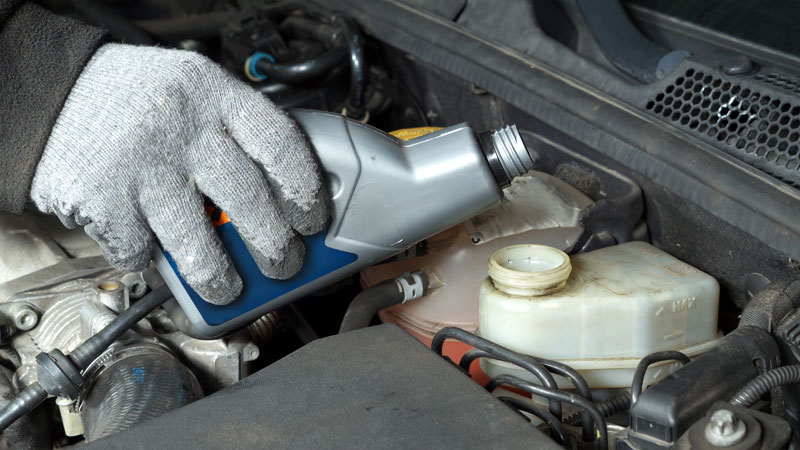 DOT 4 is recognized as a braking fluid that is more reliable and can withstand more heat than a DOT 3.

Because it can handle more heat, it becomes more reliable when the brake system components have been used frequently within a short amount of time.

It can even handle a situation where other types of braking fluids were used improperly with the vehicle. That is why aggressively used vehicles, like race cars, police cars, and vehicles that tow heavy loads are known for using DOT 4 brake fluid.

If your vehicle is compatible with DOT 4 brake fluid and you’re currently using DOT 3, you may consider changing it out at your next brake fluid flush.

You might wonder why DOT 3 brake fluid has not been replaced everywhere if DOT 4 is so much better. That is a good question because there is very little cost difference between these two braking fluids.

What it all comes to is the regulatory approval of DOT 3. There are more vehicles approved for DOT 3 brake fluid usage than there are for DOT 4. But this will likely change as tougher regulations become forced regarding the safety and functionality of braking systems.