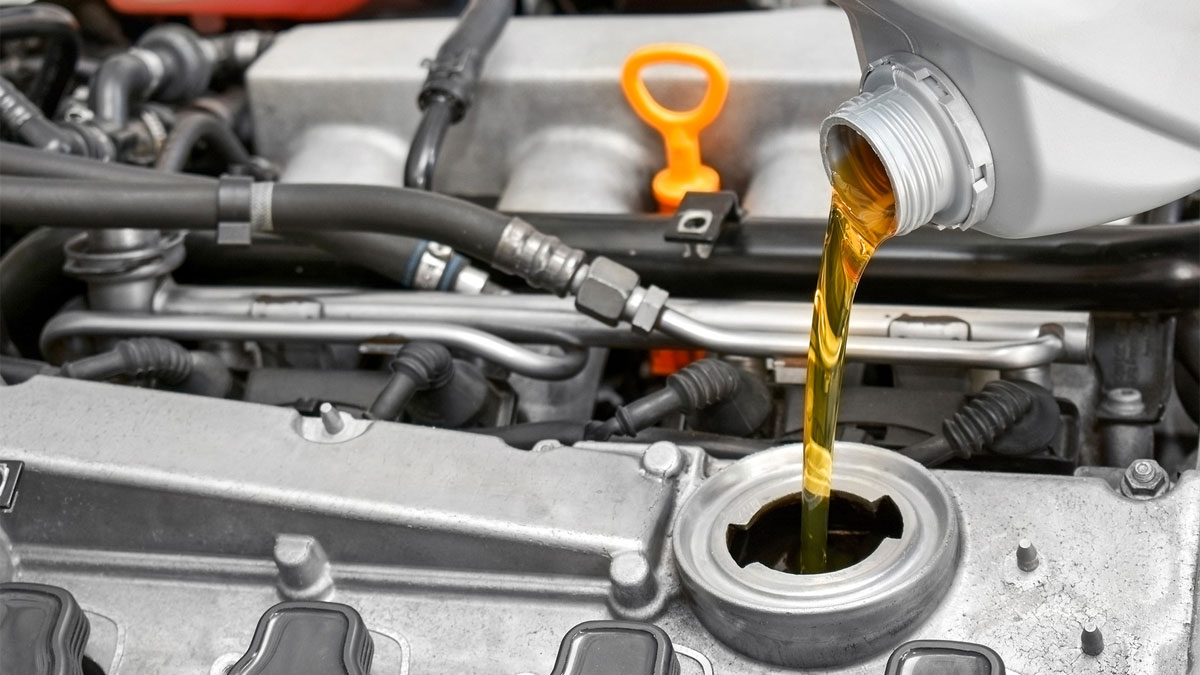 If you walk into an auto parts store, you’ll find an entire shelf filled with nothing but engine oil. Shopping for engine oil can be an intimidating experience if you’ve never done it before, but choosing the right oil is actually surprisingly simple.

Here’s everything you need to know about picking the right grade of engine oil.

What Does Oil Do?

Combustion engines are made up of hundreds of finely machined parts with tight tolerances that move very quickly. Engine oil reduces friction between these parts by providing a thin film of separation.

This prevents metal to metal contact, which would generate extreme heat and wear. Your engine would only run for a few minutes without oil.

What Is Oil Viscosity? 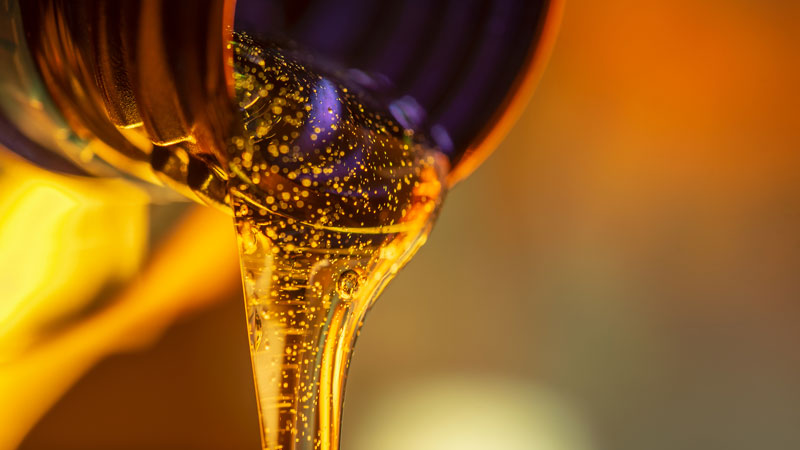 Oil viscosity is the thickness of the oil at a given temperature. The thicker the oil, the more resistant to flow it will be. Thicker oil also tends to cling to metal parts a little better, particularly at higher temperatures.

As your engine oil heats up, it thins out and flows much better. This is actually a good thing. Engines are designed to operate at approximately 190 to 212 degrees Fahrenheit (88 to 100 degrees Celsius). At this temperature, the oil will be significantly thinner than it is on a cold winter day with the engine off.

Oil viscosities are chosen by the manufacturer to flow best at operating temperature, while maintaining the necessary thickness to protect the engine’s internal components.

Not necessarily. Engines are designed to be run with a specific oil viscosity, based on the engine architecture and operating conditions.

Engines that run in cold climates need thinner oil, particularly on startup. Engines that operate in hot climates or that run in high performance environments often need thicker oil to deal with the higher temperatures. 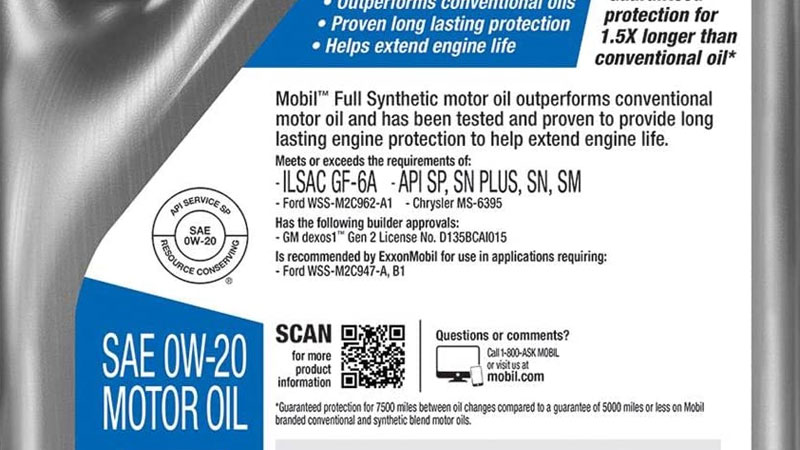 The Society of Automotive Engineers (SAE) is an organization that creates engineering standards in the automotive industry. Among these standards is a rating system that precisely measures and rates the viscosity of various engine oils. The standard used for engine oil is SAE J300.

When you first turn the car on, a 5W-30 oil will behave like an SAE 5 oil. Once the car is fully warmed up, that same engine oil behaves like an SAE 30. Various additives are used to allow the oil to behave like a thin oil at cold temperatures and a thick oil at high temperatures.

As oil manufacturing technology has improved, you see a greater separation between these two values. For instance, there is an extreme difference in viscosity between an SAE 0 and an SAE 50, but 0W-50 oil exists. These oils are typically full synthetic oils.

Gear oils are rated with a different standard (SAE J306), so their viscosity numbers cannot be compared to engine oil.

What Oil Should I Use? 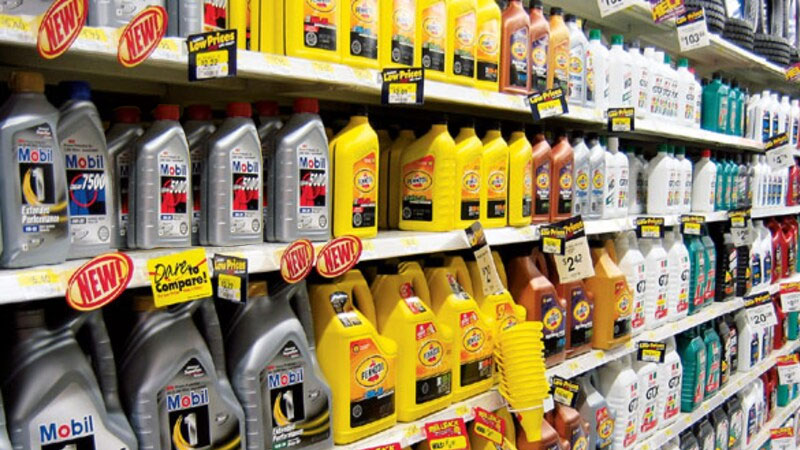 This is an extremely common question with a pretty straightforward answer: use whatever oil the vehicle manufacturer recommends. Although there are some rare instances where you may want to use a different oil weight, the manufacturer generally knows best.

Check your owner’s manual for the recommended oil viscosity. Sometimes you can also find the viscosity listed on the oil cap itself.

In addition to the oil viscosity, pay attention to any additional performance standards or certifications that the manufacturer calls for. For instance, many vehicles call for an API certification or ILSAC requirement.

The ILSAC standard is backwards compatible with older standards. This means you can use an ILSAC GF-6 oil instead of an ILSAC GF-5, even if your vehicle calls for ILSAC GF-5. When you buy oil, these standards will be listed on the bottle.

What Happens If I Use the Wrong Oil In My Car?

It depends on the car and how different the oil you’ve used is. If you use 0w20 instead of 5w30, you may see accelerated engine wear with the thinner oil. Generally you will only notice the accelerated wear after thousands of miles. Even then, you may only notice the wear through a used oil analysis (UOA).

If you go too thick, you sacrifice fuel economy because thicker oil is harder to pump. You also might have trouble starting the car. Thicker oil will raise the oil pressure and could cause premature oil pump failure.

Modern engines are designed with tighter tolerances. This allows the use of thinner oils, providing better fuel economy with no drawbacks.

When you use very thick oil like 20W-50 on a modern engine, this oil may not flow quickly enough to fill the small gaps between the rotating assembly and the engine block. This will give you accelerated wear, much like the use of an oil that’s too thin would.

There are many different brands and grades of oil to choose from. However, picking the right oil doesn’t have to be complicated.

The engineers who designed your engine know it the best. As long as you stick with their oil recommendations, you should be good to go.

2 thoughts on “What Oil Should I Use? (Engine Oil Viscosity Explained)”