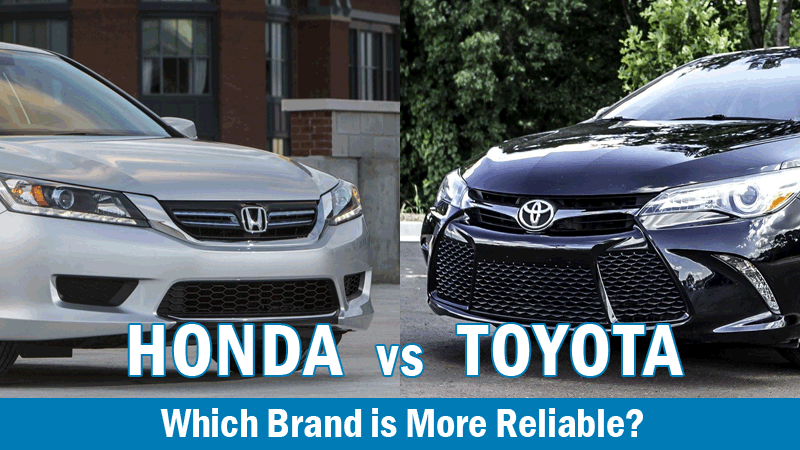 Hondas and Toyotas both have an outstanding reputation for reliability. Both brands pride themselves in making vehicles that last a very long time, regardless of where or how you drive them.

Which brand is the best overall? The answer really depends on the year, model, and a little bit of luck.

What Makes a Car Reliable? 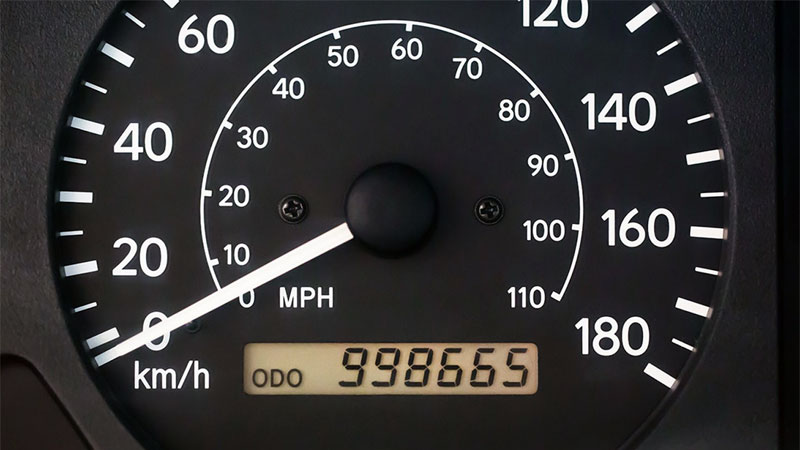 Some people measure reliability by the number of broken parts during their time of ownership. Others simply want their car to get them from point A to point B, with no required maintenance except for gas and oil changes.

If your car could go one million miles but it took three engine replacements to get there, would you consider it to be reliable?

In order to provide an objective, unbiased analysis, reliability must be quantified in some way. One of the best ways to do this is to look at consumer complaints and recall data from a trusted source.

The National Highway Traffic Safety Association is part of the US federal government that regulates and enforces motor vehicle safety standards. They have an outstanding website that lets you type in your VIN number to search for recalls on your vehicle.

As part of their mission to make the roads a safer place, the NHTSA collects and publishes research and data relating to recalls, crash test results, and consumer complaints.

These resources are available for public use and can be a powerful tool if you’re looking to buy a vehicle. If you’re buying a used vehicle, consider it part of your initial maintenance to check that all recalls have been repaired.

What is a Recall?

A recall is a documented statement that outlines a problem with a vehicle component or system. A recalled component typically poses a safety risk if the issue remains unaddressed.

Why are Vehicles Recalled?

Wouldn’t it be nice if a manufacturer could catch every single issue at the factory? Unfortunately, mistakes slip through from time to time. Some of these mistakes are mere nuisances, but some can be life threatening.

Vehicles are incredibly complex. They are made up of thousands of parts supplied by several manufacturers. Sometimes a minor defect slips through quality control. Other times a component is used or stressed in a way that wasn’t accounted for when the product was designed.

Most manufacturers are very good about recalling their vehicles when a safety issue is discovered. They want to fix the vehicle as fast as possible to minimize risk to their consumers.

In the NHTSA database, each recalled component is marked with a unique identifier. Depending on the manufacturer and the vehicle’s architecture, certain components may be used across several years or models.

One way to quickly compare the reliability of two manufacturers is to look at the number of components that have been recalled. In the graph below, you can see that Toyota had more distinct components recalled across their lineup from 2005 onward.

These numbers seem shockingly high, don’t they? Fortunately, the situation is not as bad as it seems. When a vehicle system such as the airbags or braking system is recalled, many components may be recalled in the same campaign so they can all be evaluated, revised, and replaced. Furthermore, components often have different part numbers for different models, even when they are the same or similar part.

On certain Toyotas made between 2005 and 2010, the floor mat can become wedged against the gas pedal, causing unintended acceleration. This has the potential to cause a serious accident if the driver is unable to stop the vehicle safely.

By now this issue is well known, but it wouldn’t hurt to double check with your VIN on the NHTSA recalls page to verify your Toyota isn’t affected. The full year and model list can be found here.

Most automatics can shift into neutral simply by pushing the shifter lever into neutral, even if you’re moving. This usually requires no button press like you’d need to take it out of park. Consult your owner’s manual for details on your specific shifter.

Warning: do not attempt to turn off a vehicle while it is in motion. The power steering will stop working and your steering wheel may lock, leaving you unable to steer.

The following graph uses the same data set, but slices the data in a different way. There are a substantially higher number of Hondas that were affected by recalls from 2000 to 2003. These are largely due to the well known Takata airbag recall.

One of the reasons for the spike in recalls in 2018, 2019, and 2020 is the 20V-439 recall, where 100% of Honda Odysseys, Passports, and Pilots that were manufactured in the specified date range were affected by a software issue in the instrument cluster.

In recent years, Toyota has used a Denso fuel pump across their lineup that is prone to failure. Not all vehicles with the fuel pumps were affected, as the failure seems to be dependent on geographic location and other factors.

At first glance, the following chart looks like Toyota has far more complaints than Honda.

Keep in mind though that Toyota sells approximately 500,000 more units per year than Honda. Logically, 33% more vehicle sales mean they are likely to receive more complaints for their vehicles.

Many of Toyota’s complaints in 2007 came from “vehicle speed control” (acceleration issues). The next most common issues were headlights, airbags, and brakes. 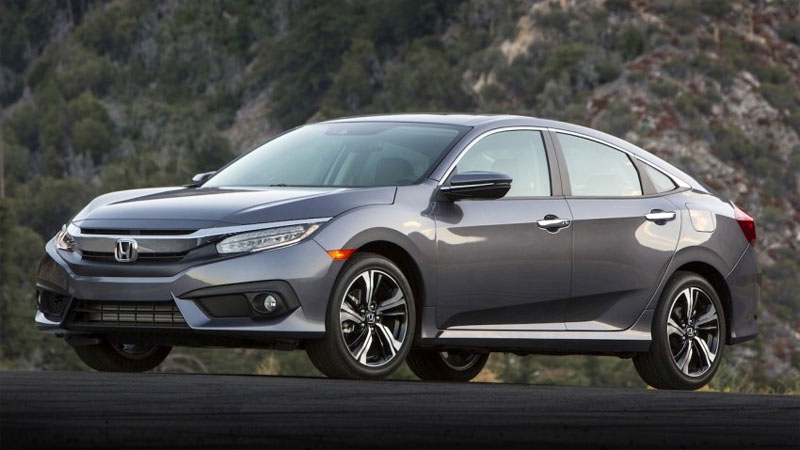 Overall, Hondas are very reliable vehicles that can last hundreds of thousands of miles if they are taken care of.

The Takata recall affected many different makes, as their airbags were supplied to a large number of Japanese vehicles (along with some BMWs, Fords, and Chryslers). As long as the airbag was replaced with a revised unit, there’s nothing to worry about.

Honda has had poor software quality in recent years. Since the HVAC system is often integrated into the infotainment system, this leaves a large number of features that could be potentially rendered inaccessible if the software were to freeze.

It’s always a good idea to look for a vehicle that has physical buttons instead of touchscreen controls for critical functions.

What is the Most Reliable Honda?

Most Hondas have a very low recall count from model years 2000 to 2020. When looking toward the lower end of this graph, keep in mind that “Accord” recalls may also apply to the “Accord Hybrid”.

Newer vehicles tend to have less recalls. They have been on the market for a shorter amount of time and have a smaller userbase. Their recall count will likely grow over time.

For instance, the Honda Prelude was discontinued in 2001 so it only has one recall on this graph. 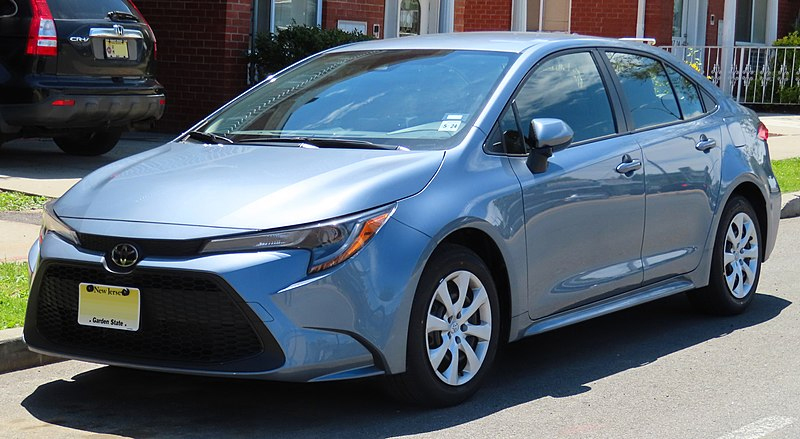 Toyota has recalls just like any other manufacturer. However, they remain one of the most consistently reliable manufacturers in existence.

This process has been copied across the world. Lean manufacturing is even used by some manufacturers in completely unrelated industries!

What is the Most Reliable Toyota?

If you look at the recall numbers between model years 2000 and 2020, there are many reliable Toyotas to choose from. The Toyota Matrix and Echo are great picks that are also fairly inexpensive on the used market.

The Toyota 86 is a young buck compared to the Corolla. Less users and less time on the market means the recall count is much lower.

Why Do Manufacturers Reuse Parts? 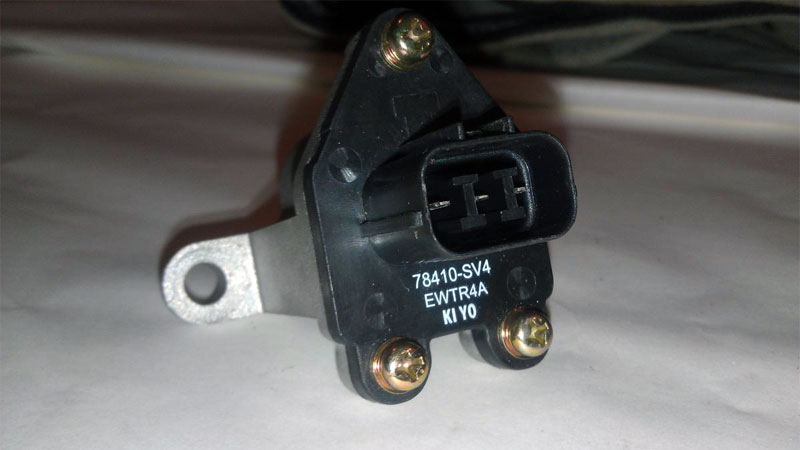 Astute readers may have noticed that some of these problems could have been minimized if manufacturers didn’t reuse components so often. Although it might sound foolish, it’s very common for a manufacturer to use the same parts across multiple models.

If a vehicle is priced too high for its target market, it will not sell. If the vehicle won’t sell, the manufacturer can’t afford to create it. Reusing components will lower the cost to develop a new vehicle, which lowers the purchase price for the consumer.

Since replacement parts become more common when they are shared across models, the cost to repair your vehicle will also be lower than it would if each model had bespoke parts.

Comparing the reliability of two manufacturers is no easy task. There are so many factors that contribute to an owner’s perception of reliability, and so much that can change over the years. Even when you look at the numbers, there are many ways you can analyze data that has been collected.

Try to think critically about your budget and your use case. Are you buying new with a warranty, or a well-loved older model? Common problems on older vehicles are typically well documented.

How long do you plan on keeping the vehicle? Does it matter if the engine will need a rebuild at 100,000 miles if you typically ditch your vehicle when the warranty runs out at 60,000?

Are your roads salted in the wintertime? Salt will annihilate cars that are already prone to rusting.

How do you feel about CVT transmissions? They are a relatively new and somewhat controversial type of automatic transmission.

With these questions in mind, try to read car reviews through from the perspective of your specific use case. Check Consumer Reports for their take on any vehicle you may be interested in.

Not all owners use their cars in the same way, so your personal situation may be somewhat unique. Make sure you’re picking the features that maximize the bang for your buck.

The graphs in this article were generated from datasets that can be found on this page.

All graphs use data from model years 2000 – 2020 for Toyota and Honda. Data is available for all manufacturers if you wish to compare other makes. To replicate these numbers, you may also have to limit the Vehicle/Equipment/Tire indicator to “V”.