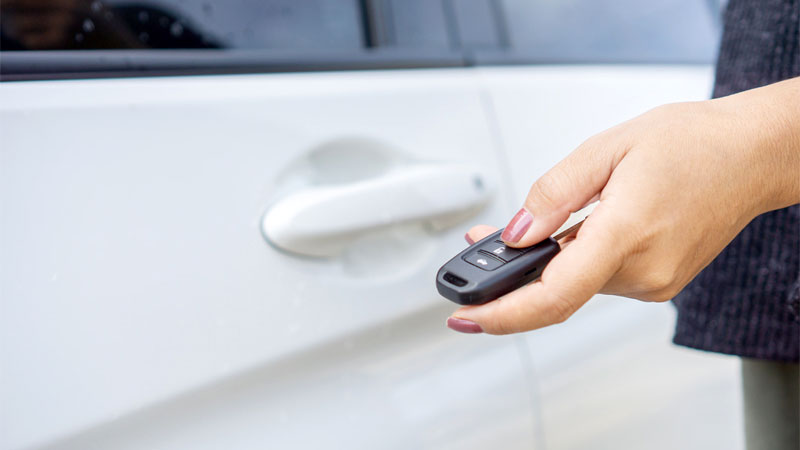 If you’ve purchased a car in the last 10 years then you’ve probably received a little remote control device with your car. Sometimes the device is even attached to the key itself.

You will typically find three buttons on this remote control which have the power to unlock the car, lock the car, and unlock the trunk of the car. Sometimes you’ll find an alarm or panic button, remote start, or other feature, especially on higher end vehicles.

The main ability of a key fob such as this is known as “keyless entry” because you can unlock your car without using a key.

In addition, there are some remote controls that even allow you to start the engine without inserting the key into the ignition key hole. Instead, you just keep the remote in the vicinity and push the start engine button and the engine will start automatically. Gone are the days of a damaged key getting stuck in the ignition or not being able to turn.

This is because the receiver in ignition  switch will receive the signal from remote control or keyless entry transmitter. Here’s how a key fob with keyless entry works. 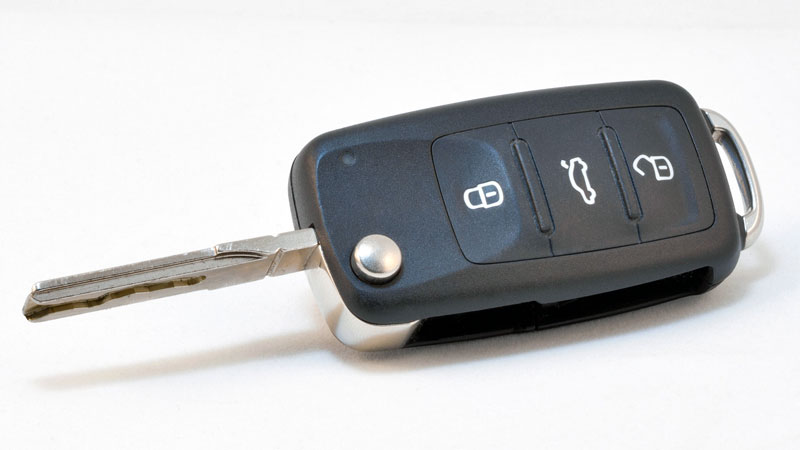 A key fob is basically a radio transmitter that sends a code to the radio receiver inside your car. The controller chip inside the key fob generates a secure code before it gets transmitted to the receiver.

The more technical name for this code is the 40-bit rolling code. The “40-bit” means one random code is generated out of about one trillion possible codes. A Pseudo-random number generator is what creates this number and there is one of these generators in both the transmitter and the receiver.

Every time you push a button on your remote control, the key fob transmits this random 40-bit code and a function code to your car’s receiver. The 40-bit code is the security feature and the function code tells the car which specific function to perform, like unlocking or locking the doors.

Since the receiver and transmitter are synchronized when a random number is generated, the receiver will recognize the secure code that is being transmitted to it.

This is why if somebody else tried to use their key fob to open your car or start your engine, it would not work because their transmitter is not synchronized with your receiver. As a result, the receiver will not recognize the number or perform any kind of function.

In addition to providing keyless entry to your car, key fobs also reduce the chances of you locking your keys in your car.

People tend to use their key fobs for locking their doors as much as they do for unlocking them. That way if they forget their keys in the car then the door will still be unlocked.

But under the rare circumstances that you do lock your key fob in trunk or inside the car but out of range, you will likely have to call your dealer and have them open it because they are the ones that can generate a new key fob for you.

2 thoughts on “How Does Keyless Entry Work? (In Cars and Trucks)”