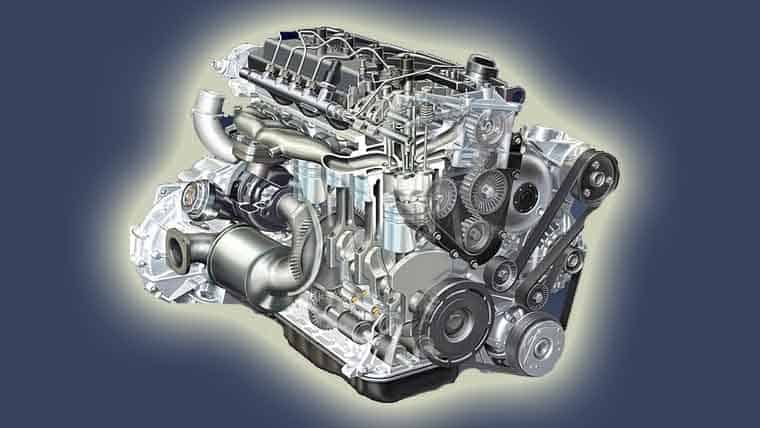 How an Internal Combustion Engine Works

The internal combustion process revolves around two main elements; air and fuel. There is a chamber within the engine where the proper amount of air and fuel flow into. The two elements mix together and then get ignited by an electric spark. This results in heat energy being released from the air and fuel mixture. The heat energy is the result of expanding gases that came from the mixture after it was put through combustion. These gases make their way to the pistons which then causes the crankshaft to rotate. From there, the powertrain of the vehicle is comprised of numerous gears that all move in-sync with each other. As the gears move, the wheels below the vehicle will move too. This is how the vehicle can gain motion and move after the internal combustion takes place in the engine.

Not all internal combustion engines rely on a spark ignition system, though. There is another type of internal combustion engine which relies on a compression ignition system instead. This would be the diesel engine. Rather than the spark plugs sending an electric current to the air and fuel mixture to ignite them together, the air inside a diesel engine will get compressed first until it is very hot. Once the diesel fuel is exposed to this hot compressed air, an ignition will naturally take place without the need for an outside spark. You will normally find diesel engines being used in bigger vehicles because of their fuel efficiency way about them.

Regardless of whether you have a diesel engine or gasoline engine, each one uses a four-stroke cycle for combustion. You can think of four strokes as the four steps that it takes for the combustion process to finish one cycle. These four strokes are called the intake stroke, compression stroke, combustion stroke, and exhaust stroke. The only real difference in the four-stroke cycle of each engine type is how the fuel is ignited. The gasoline engine uses the spark plugs to ignite the fuel while the diesel engine uses compressed air to ignite the fuel. Everything else about the four strokes is pretty much the same. You have an intake of outside air which gets pushed down into the cylinders by the rotating pistons. When the air and fuel are mixed together, there is an ignition which forms the combustion stroke. The gases of the heat energy will expand to the pistons, which then moves the gears and give motion to the wheels.

The modern-day internal combustion engine is designed to be more environmentally friendly. Car manufacturers are always looking for ways to make their engines more fuel efficiency so that drivers will experience a better fuel economy. However, the interest in renewable energy and fully electric vehicles may put a damper on the future of internal combustion engines. There are already 100% electric-powered vehicles out right now which use an electric motor and battery to sustain its motion. These are not the most powerful vehicles for traveling at high speeds, but they can allow people to move around their town or city area without too much hassle. In the next 30 years, the advancement of solar and fuel cell energy might cause internal combustion engines to become obsolete.