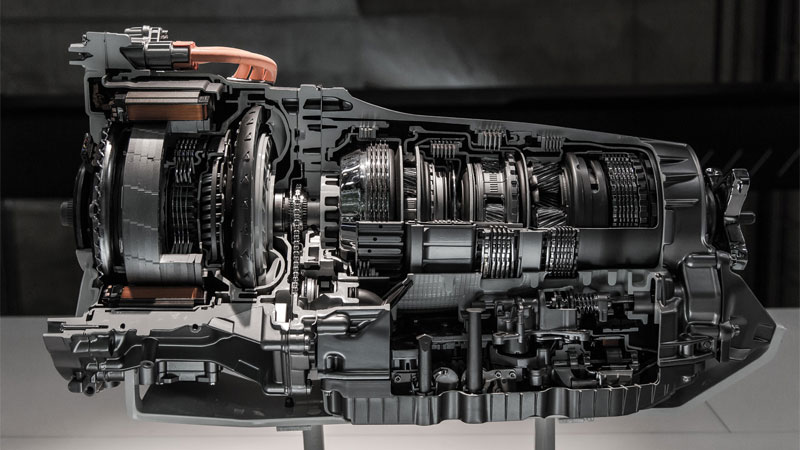 Automatics don’t require the driver to switch gears while they’re traveling at different speeds. There is also no clutch pedal to worry about for disengaging the clutch. The vehicle performs all these actions automatically, which allows the driver just to sit back and only worry about their steering, accelerating, and braking.

There’s good reason why less and less car manufacturers are offering vehicles with manual transmissions. While many car enthusiasts may disagree with that decision, sales numbers speak volumes.

An automatic transmission system is run like a hydraulic control system. There are several moving components in the system which allow the transmission to automatically switch the ratios of the gears while the vehicle is in motion.

Sometimes you’ll find automatic transmissions that are mechanical or electrical based instead. Regardless of how the energy of the transmission is generated, it still works almost the same and has the same components.

See Also: How to Do a Burnout With an Automatic Transmission

Parts of an Automatic Transmission 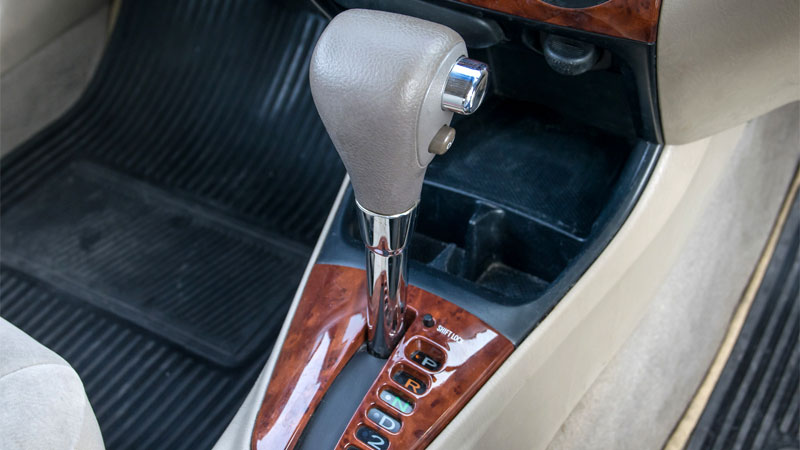 Below is a list of the parts of an automatic transmission system. Each part has a special purpose in allowing the transmission to function smoothly. If any of these components were to go bad, then it would interfere with the ability for you to drive your vehicle.

The friction clutch connects the gears to the drive shaft. It basically allows the engine and input shaft to rotate at the same exact speeds. In other words, it supports the friction which is created in the middle of the transmission and engine. As a result, the vehicle can move.

The bands keep the gears in a stagnate position. They are attached to the pistons, and when the pistons are activated, the gears are locked by the steel of the gear wheels.

The spring-loaded valve is linked to the drive wheels. It is a rotation speed sensor of the output shaft. If the rotation axis moves fast, then it will cause the valve to open wider. This allows hydraulic fluid pressure to be supplied to the system.

The slower the rotation axis, the more the valve is closed.

The automatic transmission uses the load sensor to detect the amount of weight and load on the vehicle. When you step on the gas pedal, more pressure is applied to a cable that is attached to the pedal. In some vehicles, a vacuum modulator is used instead.

When you put more load and weight stress on the engine, the load sensor can detect these conditions and translate them to the engine control unit.

This component manages the supply of transmission fluid for the bands and pistons. There is a different amount of working pressure for every shift valve. If the shift valve is positioned higher, the ratio of working transmission pressure will be higher.

There are various seals and gaskets throughout your automatic transmission system which prevents transmission fluid from leaking out into places where it shouldn’t go.

Automatic transmissions also have gear sticks, but they work a bit differently than manual transmission gear sticks. In an automatic, you don’t use the gear stick unless you’ve come to a complete stop (in most cases).

The gear stick is usually for changing the gear to Drive, Reverse, Park, or Neutral. In some cases, you’ll use 1st or 2nd gear while driving, but that’s only if the driving conditions are unusually rough and your vehicle offers it.

Many vehicles also offer some type of “Sport” mode where transmission shift points and other variables are changed for better performance at the expense of lower fuel economy. Normal driving conditions typically require you to switch to the Drive gear and then leave it alone.

Read Also: 9 Reasons Why Your Transmission Won’t Engage In Any Gear