If your car smells like rotten eggs, there is something wrong with it that needs to be fixed right away. Not only is the sulfur smell harmful to your health, the vehicle can be damaged if this problem is left unchecked.

Before reading further, check to make sure you didn’t actually forget eggs in the vehicle a few days (or weeks) ago. That’s probably unlikely, but still a possibility, especially for a chicken farmer!

After verifying the general cleanliness of the vehicle, there are a few systems to check out. The rotten egg smell comes from sulfur gases that get vented into the vehicle from the engine bay, like when you turn on the A/C.

See Also: How to Get a Skunk Smell Out of Your Car

Fuel contains hydrogen sulfide, a harmful compound that smells like rotten eggs. In the normal combustion process, the exhaust gases (including hydrogen sulfide) are sent to the catalytic converter in order for some of the more toxic chemicals to be converted to less harmful ones.

Hydrogen sulfide is one of these – it gets converted into harmless and odorless sulfur dioxide.

So when something interferes with this conversion process, exhaust gases including hydrogen sulfide are expelled from the exhaust and sometimes even back up and go back into the engine bay, where they can get back into the cabin.

There are two main components of the fuel system that can cause a rotten egg smell.

Problematic fuel pressure sensors give the vehicle bad instructions for how much fuel to inject into the combustion chamber. The car can actually inject too much fuel, which means that the unburned fuel goes into the exhaust and gums up the catalytic converter.

In addition to clogging the cat, the hydrogen sulfide in the fuel may escape and cause the rotten egg smell.

The fuel filter keeps dirt and other particles which may be present in the fuel from entering the rest of the fuel system. If it clogs or fails it can cause the same problems that faulty pressure sensors would.

If you notice a fuel leak in or around your vehicle that accompanies a gasoline smell, you should get this addressed right away. Fuel leaks are a serious fire hazard. 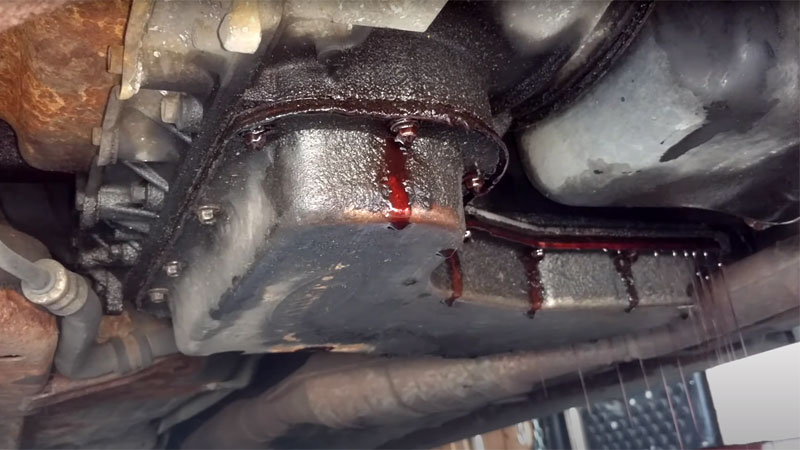 If transmission fluid is left for too long without getting changed, it can start to produce a smell like rotten eggs. Sometimes this happens if the fluid leaks and burns when it comes into contact with the hot engine components. 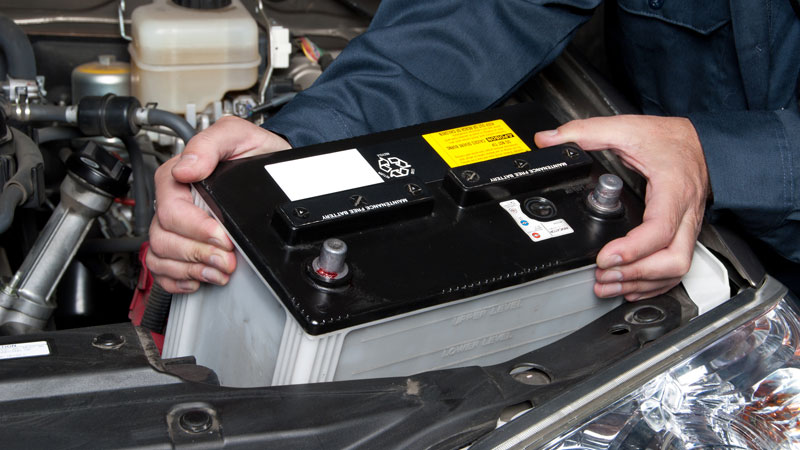 Lead acid car batteries contain sulfuric acid, a rotten egg-smelling gas. Check to make sure that the battery is not leaking to avoid damage to other components and your health.

A battery can leak if there is a mechanical defect, if it has been overcharged, frozen, or if the battery has some other internal electrical problems.

Some batteries are stored in the trunk or cabin (ie: under a seat). These batteries are usually either sealed or vented. If your battery is not sealed, it may be leaking harmful gases into the passenger compartment. You’ll want to fix the battery venting system as soon as you can. 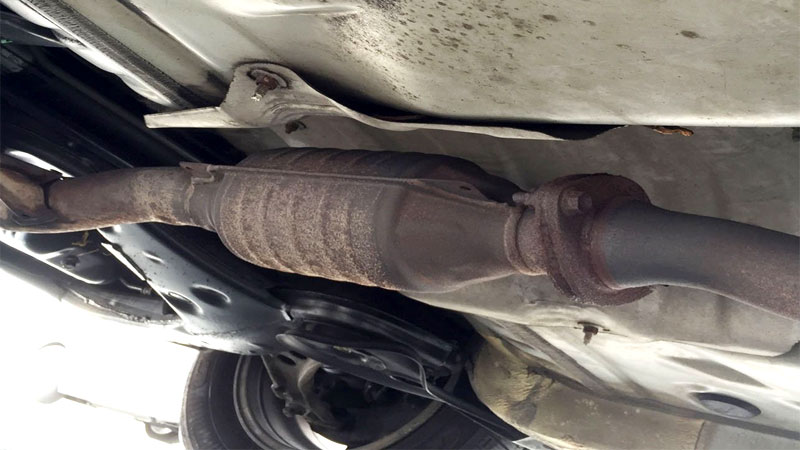 Since the catalytic converter is the component that converts the stinky gases into non-stinky gases, it makes sense to check it out. If it’s worn or damaged, it may not be doing its job properly.

Clogged catalytic converters can be a fire hazard so you should get this addressed as soon as possible.

Why You Need to Fix the Issue Right Away

First and foremost, it’s very dangerous to breathe or contact hydrogen sulfide. It can cause skin irritation, but it can also depress the central nervous system and respiratory system. This can cause dizziness, coma, difficulty breathing, and other symptoms. There is no known antidote, and prolonged exposure will lead to death.

Sulfuric acid in car batteries can cause severe chemical and thermal burns and difficulty breathing.

As if these weren’t convincing enough, a leaking battery will quickly damage other components in the engine as the acid eats through the metal and plastic.

Also, a catalytic converter that receives too much unburnt fuel can become overheated due to ignition of the fuel in the cat itself, possibly leading to a car fire.

How to Remove a Rotten Egg Smell From Your Car

Once you’ve diagnosed the problem, it’s often not difficult to remove the rotten egg smell from the vehicle. Any of these components need to be replaced if found faulty. Repair of any of the parts is not an option.

Once the problematic part has been replaced, the smell should go away on its own fairly quickly if you allow the cabin to air out. Open all windows and drive around for a while and see if the smell persists.

If the smell won’t go away, you may have another component that is still leaking that rotten egg smell.