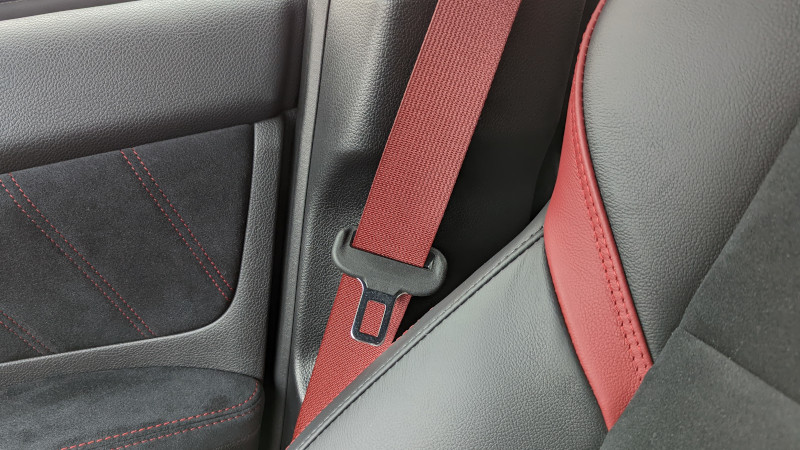 Modern three point seat belts are critical components of your vehicle’s safety system. In the event of a crash, seat belts hold you in place and gradually slow you down, reducing the risk of injury.

Are you having trouble with one of your seat belts? Read on to see if there is an easy fix that will work for you.

How Do Seat Belts Work 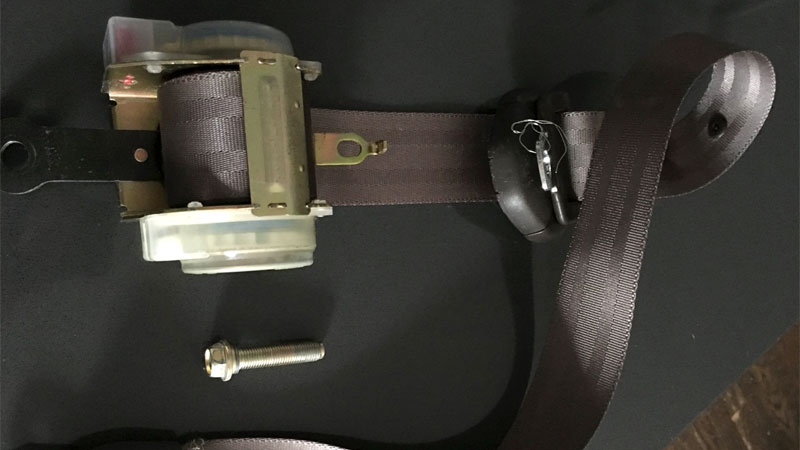 Parts of a Seat Belt

Seat belts consist of a polyester webbing, a retractor, a pretensioner, a tongue, and a buckle. The webbing is the part that passes across the passenger’s chest, and the retractor holds the extra webbing. The tongue clips into the buckle to hold the passenger in place.

The seat belt retractor contains a spiral spring that pulls the webbing back inside the retractor when you unbuckle your seatbelt.

A seat belt wouldn’t do much good if it couldn’t lock in place during an accident. Inside the retractor, there are two mechanisms that can lock the webbing to hold the passenger.

One mechanism uses a metal ball to sense the high G forces of an accident. As the vehicle starts to decelerate at the beginning of a crash, the gravity ball rolls out of place, pushing on a pawl that locks the retractor gear in place.

The other mechanism is speed sensing. When you pull on a seat belt hard, the seat belt locks into place. This happens when two cams move outward from the centrifugal force of the retractor unwinding, locking the cams to the retractor gear. This mechanism serves as a backup to the metal ball.

The seatbelt pretensioner is a cylinder that contains a small amount of propellant like an airbag. This propellant is ignited during an accident, forcing gas through the cylinder to push on a piston.

The pretensioner piston forces the retractor to take up any slack in the seat belt. Removing the slack holds the passenger in place as far away from the steering wheel as possible, allowing for a maximum distance for the passenger to be slowed through the duration of the crash.

Causes of a Seat Belt That Won’t Retract

A seat belt retracts via a spiral spring similar to what you would find in your steering wheel’s clock spring. If this spring breaks or becomes disconnected from the spool that holds the webbing, the seat belt may not retract properly. 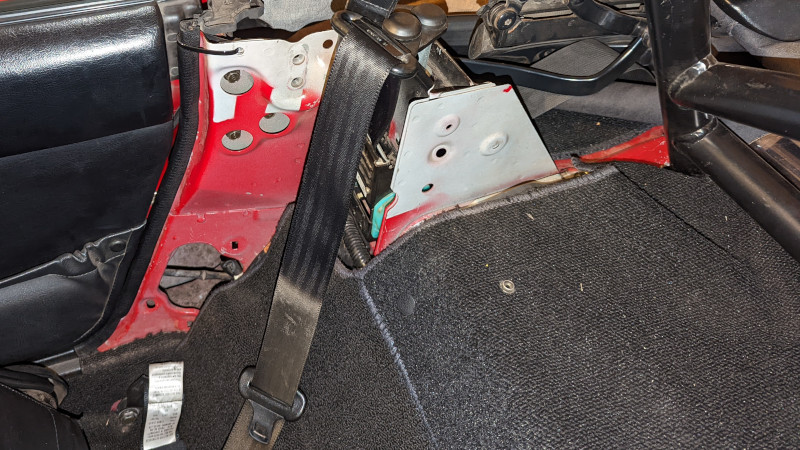 Examples of such modifications are aftermarket seat, roll bar, and roll cage installations.

3) Debris in the Retractor 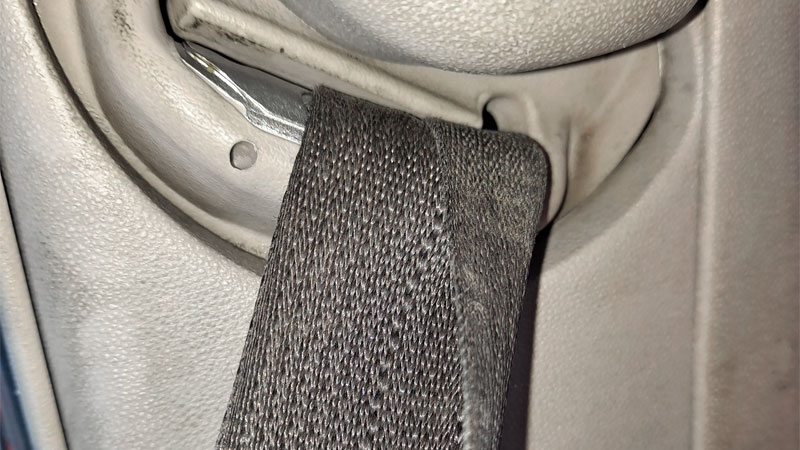 If the seat belt webbing is twisted inside the retractor, the retractor may not have enough clearance to fully retract the webbing.

Causes of a Seat Belt That Won’t Pull Out

Pretensioners are single use items. If your vehicle has been in an accident, chances are the pretensioner has detonated. Once this happens, you will need to replace the seat belt pretensioner assembly. 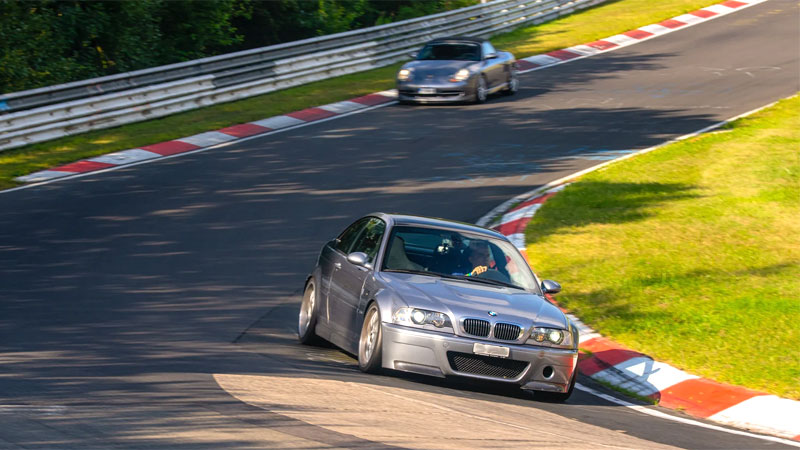 If you’ve just slammed on the brakes at a track day, autocross event, or even a hard stop in traffic, there is a chance the seatbelt will remain in the locked position even after you’ve come to a stop.

This does not necessarily indicate a problem with the seat belt assembly. This may temporarily engage either of the two retractor locking mechanisms.

Seat belts have a feature that will lock them in place once the webbing has been pulled out too far. This is particularly useful for securing children’s car seats.

How to Fix a Seat Belt That Won’t Retract 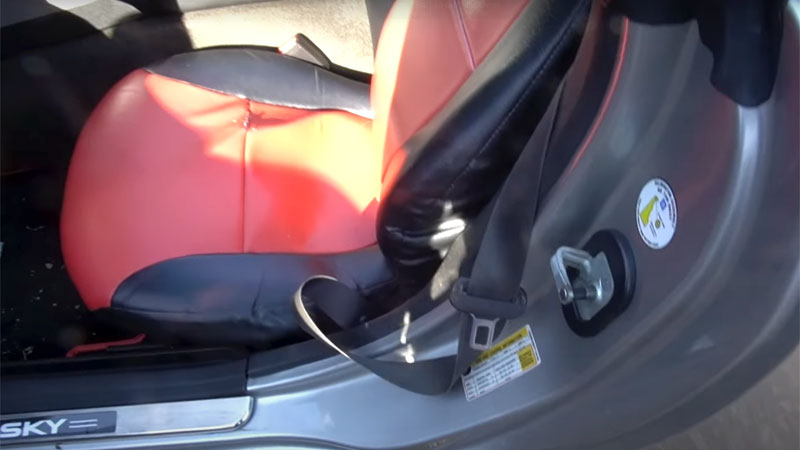 If there is debris in the seat belt retractor, you may be able to free up the seat belt’s movement by cleaning the webbing.

How to Fix a Seat Belt That Won’t Pull Out 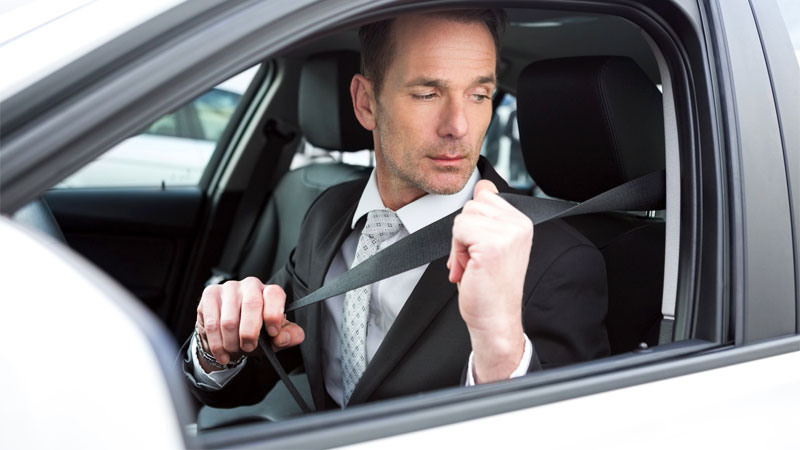 If the seat belt seems to be jammed, try pulling against the belt gently with your finger, and letting it fall back against your chest.

After Fully Extending the Webbing

Once you’ve fully extended the seat belt webbing, the belt will lock. This prevents you from pulling out any more webbing even if you let the webbing retract a little bit.

To fix this, let the belt retract all the way. The locking mechanism should disengage and allow the belt to move in and out freely again.

Unfortunately, you are probably going to have to replace some components of the seat belt assembly in this situation. It would be best to consult a professional such as a body shop to determine the extent of the damage, and which components need to be replaced. 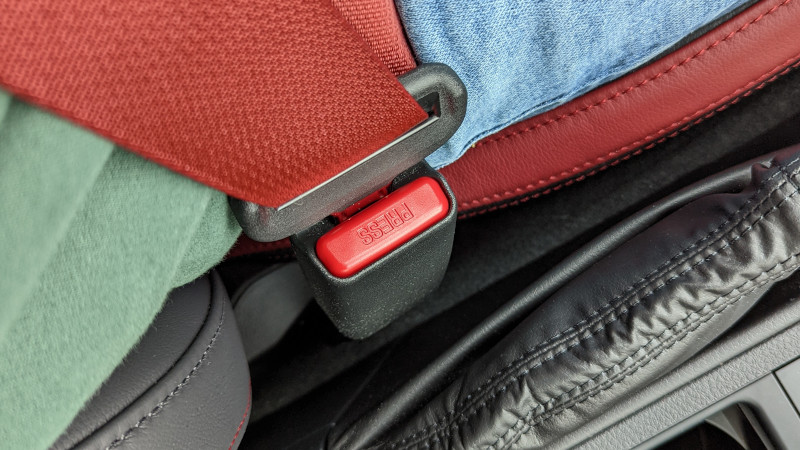 Occasionally seat belt buckles can get stuck with the button pressed. This will prevent the tongue from locking inside the buckle.

How to Untwist a Seat Belt

It may not look like it, but there is actually room to untwist the seat belt by folding the webbing over itself, then sliding the seat belt tongue over the folded part.

Once the folded portion is sitting inside the tongue, continue pulling the tongue up as you pull the folded side of the webbing. This should untwist your seat belt.

This is a bit tricky to do and can require some force, but this trick will help you untangle a seat belt that has been twisted.

Here’s a video showing the process:

There are several ways you can fix seat belt issues on your own without bringing the vehicle to a mechanic. However, if you are ever in doubt, it is really important to get the primary restraint system inspected by someone who knows how to work on them.

This system could save your life one day, and you want to make sure it is working correctly so it can do its job if the unthinkable happens.