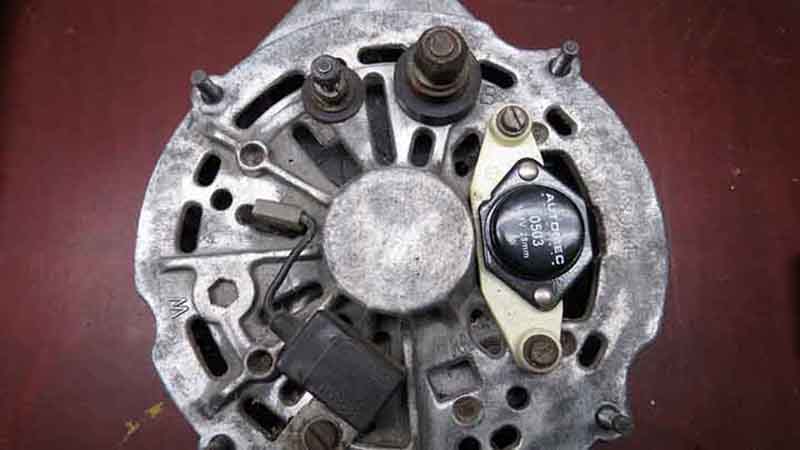 A lot of people forget this important fact and just assume the battery charges everything. The truth is that a car battery only provides the electric current needed for the starter motor to start the engine. Once that happens, the alternator takes over and supplies power to all the electrical systems. It powers things like the headlights, air conditioner, power windows, radio, and so on.

More importantly, the alternator powers the engine and engine control unit as well. Remember, modern vehicles have electrical components in just about every area of the car. All the sensors and computers which exist in a vehicle run on electricity. This is power in which the alternator provides them.

Like a battery, the alternator slowly wears out over time. The more you use your vehicle, the more worn out the alternator becomes. The lifespan of an alternator in newer vehicles is typically anywhere from 6 to 8 years for most people.

You never know when your alternator is going to go bad, but there are warning signs that you can look out for. It is easy to confuse these warning signs with the signs of low battery power. That is why we’re going to outline the specific symptoms of a bad alternator.

You should immediately stop driving until it is daytime again just to be safe. Then take your vehicle to an auto repair shop and have them replace the alternator.

All the power gets drained out of the battery when there is a bad alternator. As a result, the battery won’t be able to provide an electric current to the starter motor when you try to start your engine. That means your car won’t start.

A warning light will illuminate on your dashboard. You should see the letters “ALT” light up to indicate that the alternator is the problem. Although, some vehicles have the letters “GEN” instead.

You’ll most definitely see the battery warning light come on because of the alternator’s effect on it.

Since the alternator provides power to the electrical components of the vehicle, you may notice these components are not working so well. For instance, if the air conditioning is failing to blow out air or the radio doesn’t turn on, these would be indicators of a bad alternator.

The alternator has a lot of spinning components inside of it. These components produce the necessary electric current to power all the other electrical components of the vehicle.

As the alternator goes bad, some of its own spinning parts may get damaged or worn. This will cause them to make weird grinding noises. They may also be whining noises too.

Whether you go new or refurbished, plan on an additional $100 to $250 in labor to replace the alternator.