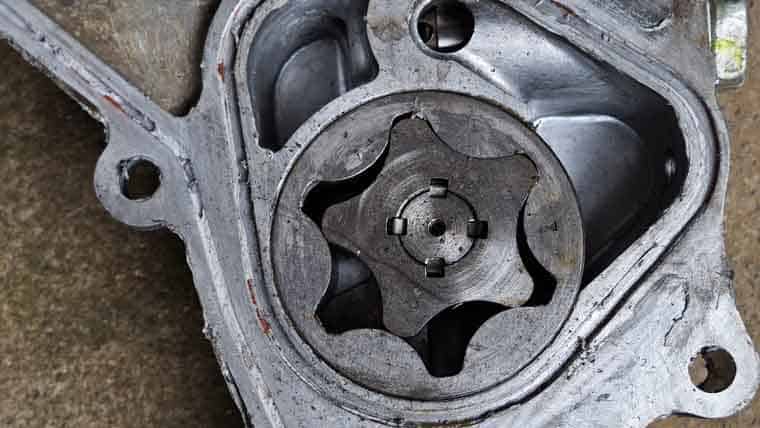 The job of an oil pump should be self-explanatory. Every internal combustion engine needs an oil pump because it allows oil to circulate throughout the components of the engine so that they can be lubricated. An oil pump generates the right amount of pressure to keep the oil moving steadily like this.

In addition, the oil is responsible for keeping these moving components cooled down so that they don’t overheat the engine. Therefore, if you were to have a damaged or worn out oil pump, it would basically be taking the lubricating properties out of the engine.

Then you would have all kinds of problems associated with the engine and the functionality of the vehicle and costly repair expenses if you let the problem persist for too long.

It is better to replace the oil pump as soon as you realize it has gone bad. This will save you the most money in the long run. Below are five common signs of a faulty oil pump. Experiencing only one symptom doesn’t automatically mean the oil pump is bad but when you notice multiple symptoms below, the odds are much higher. 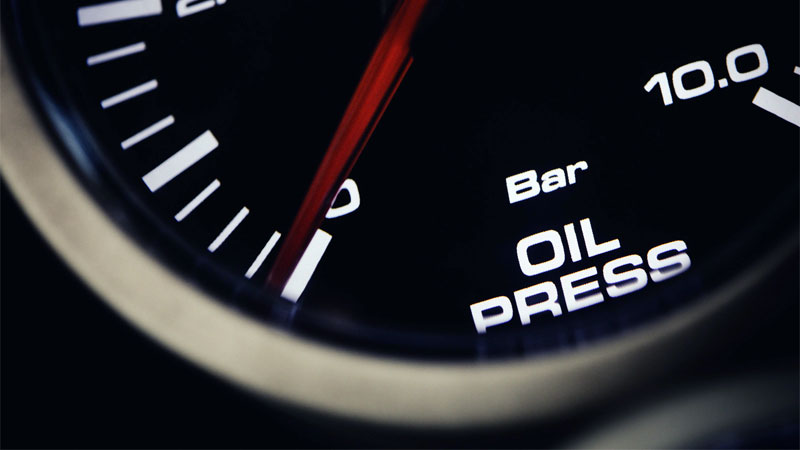 One of the first symptoms that you will experience is reduced oil pressure in the engine. This makes sense because the oil pump is what creates the necessary pressure so that the oil can circulate throughout the engine in the first place.

If you take that pump away, then you are taking the pressure away too.

A healthy oil pump shouldn’t make noticeable noises. But if you have an oil pump in bad condition, you can expect it to make strange whining sounds on some occasions. These noises may become apparent as the oil pump is in the early stages of going out.

If your car is idling, you will likely hear these noises which should be cause for concern. The cause of the noises is likely from the worn-out gears within the oil pump. You won’t be able to simply repair these gears, which means you’ll need to replace the entire pump.

The internal combustion engine has numerous valves which are mechanically controlled by a valve-train system. The components of the valve-train include the valve guides, pushrods, and seals. It is important that all these components stay lubricated from the oil if they are going to function properly.

So, if you have a faulty oil pump, these components will not receive the lubrication they need. The friction created in the valve-train will result in strange noises being made from them.

This will create loud noises from the lifters while wearing them out faster too. If you let this occur for too long, you will end up needing to replace your hydraulic lifters in addition to your oil pump.

The worst symptom out of all these would be an overheated engine. As your entire engine continues to lack the proper amount of lubrication that its components need, there will be a massive amount of heat building up inside the engine.

All those rotating components which rub together and create friction will continue generating lots of heat. There will be no oil to cool down these components if the oil pump is not working.

On your dashboard, you will see the temperature gauge’s needle move toward the red zone. This indicates that your engine is overheating. You’ll need to address this issue fast or else your entire engine may be permanently damaged. Then you will need to pay thousands of dollars to replace it.