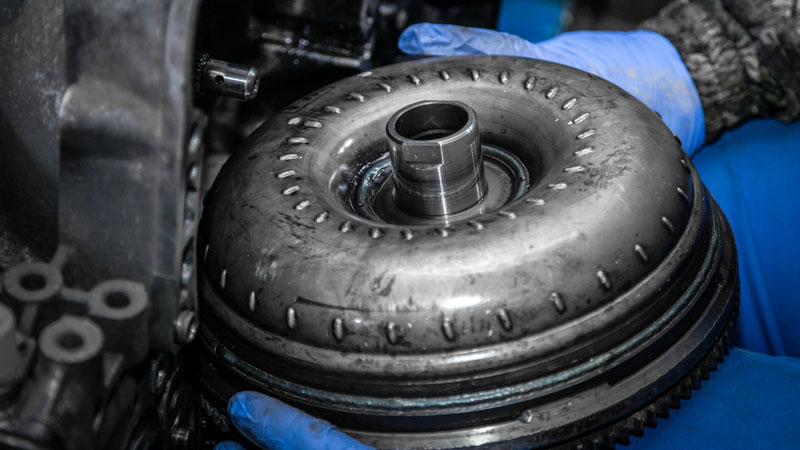 There is a flex plate in this area where the torque converter is installed onto. Once the crankshaft moves, the flex plate spins and allows the conversion of the torque energy from the engine to the transmission to take place.

When there is a problem with the torque converter, people often misunderstand the symptoms and think something is wrong with their transmission itself. This would be a very expensive assumption to make because if you have a mechanic replace your transmission, you are going to be spending thousands of dollars on another one.

Here are five of the most common symptoms that may indicated a bad torque converter.

But once you go from park to drive, the noises will get louder and more frequent. In any event, you should take these noises seriously.

You may be driving along and notice sudden decreases or increases in your vehicle’s acceleration. This happens when you have a faulty torque converter which is causing its output pressure to be inconsistent.

If you have to drive under tough weather conditions, it will get very dangerous to have this problem occurring. 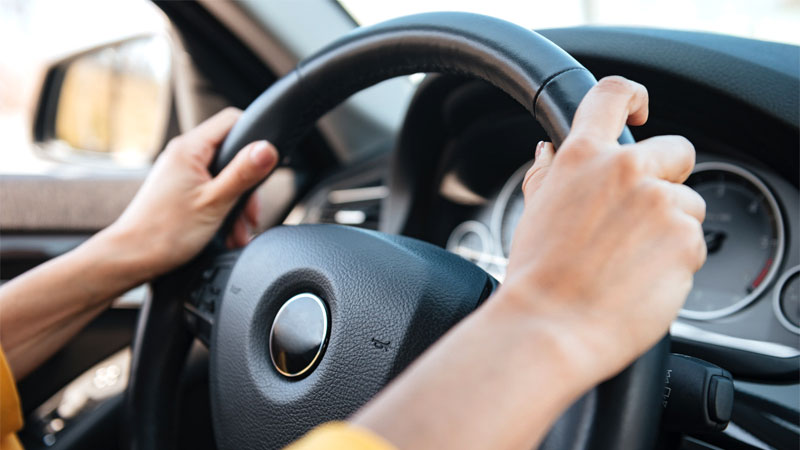 When you accelerate your vehicle to about 40 miles-per-hour and it feels shaky, this could mean that your torque converter has issues. It might have the same feeling as if you’re driving on a bumpy road.

There will be no advanced warning of when this will happen either. But when it happens the first time, get your vehicle to a mechanic right away. While the problem may also indicate a problem with your suspension or tires, you need to get it checked out nonetheless.

A bad torque converter won’t be good at managing the amount of transmission fluid that it sends into the transmission. Sometimes it will send too much fluid and other times it won’t send enough.

As a result, there will be slippery gears inside of the transmission which then causes the acceleration to decrease. This means that more fuel will be consumed which will lower the vehicle’s fuel economy.

However, make sure that you have an adequate amount of transmission fluid in the system because sometimes having a low amount will cause this symptom to happen too.

What Causes a Torque Converter to Fail?

A torque converter can fail for a number of reasons, but the most common cause is a fluid leak most likely due to faulty seals. When the fluid level gets low, it can cause the converter to overheat from friction and eventually break down.

Another common cause of failure is a build-up of dirt and debris in the fluid, which can cause clogs and impede the flow of hydraulic power.

Finally, a bad clutch solenoid can cause the failure of a torque converter.

Can a Bad Torque Converter Damage Your Transmission?

In addition, a torque converter that isn’t functioning correctly can put extra stress on the transmission’s gears, which can also lead to failure.

The replacement cost of a bad torque converter won’t exactly be cheap, but it will still be cheaper than replacing an entire transmission. For those who are mechanically inclined, you can perform the torque converter replacement job yourself at a cost of about $200 to $600 in parts, and probably a day or two of your time. This is not a job for beginners.

Add in the cost of parts and you’re looking at a minimum of $600 to $1,300 for the total cost of torque converter replacement. In addition, expect to pay even more for vehicles such as sports cars and luxury vehicles or if you have a dealership perform the job.