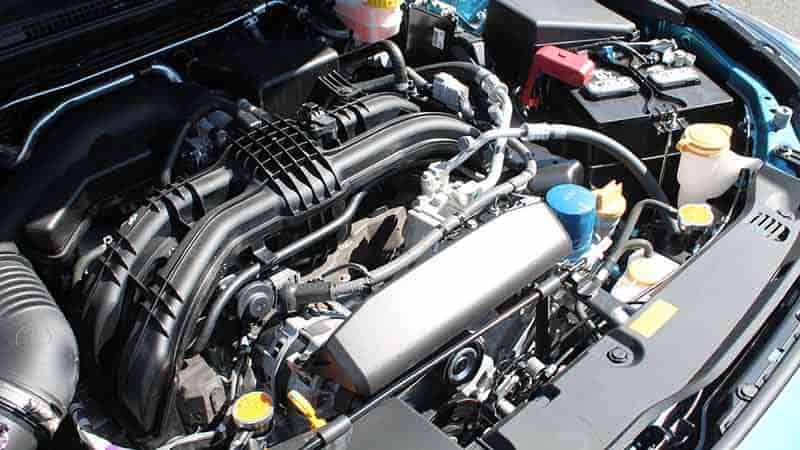 The difference between torque and horsepower has always puzzled a lot of people, especially those interested in automotive engineering, or those looking to get a new car and are looking up car specs on the internet. These two notions seem identical at first glance: They are both about power right? What is exactly the difference between car A which has a torque or 200 LB-FT and horsepower of 100 HP and car B that has a torque of 100 LB-FT and horsepower of 200 HP? Which one is faster? Which one is stronger? In this article, we will try to explain clearly what each of them is, and how do they differ in terms of how they operate, and we will answer which of these two cars is faster, and which is stronger.

Torque is, quite simply, a force that is applied from a distance on an object. And it is measured by multiplying the force by the distance (provided that the force forms a right angle with the distance). It can also be identified as the ability of a certain force to cause a body to rotate around its axis. Therefore, this unit is measured by Newton meters; the former being a power unit, and the latter is a measurement of distance. This means that torque is directly proportional to the force and the distance. The first may seem obvious but the second could come off as counter-intuitive. However, it should be easy to understand once you remember that longer levers are always used to generate greater forces, like with catapults for instance; I know this is rather medieval, but the new Game of Thrones season is upon us…

Torque is important in automotive engineering, and it is especially important the bigger the car gets. You can see that trucks have higher torque than normal cars (and perhaps lower horsepower, but we will get to that in a moment), because torque is important for power and it is essential to setting a large object like the truck into motion. Horsepower, however, determines the rate at which the work is being done, and this depends on other factors, which we will get to right now.

So, what is horsepower? It might be helpful to understand why it is called “horsepower” first; it is called that because the unit is measured by a horse’s ability to lift a weight of 33 pounds to a distance of 1000 feet in a minute. It is basically a unit of power, and the rate of which the work is done. It is how quickly you can accomplish work. Meaning, horsepower is an indication of how fast work is being done by the machine, and the bigger the horsepower, the faster the work is done. But how does torque and horsepower relate to one another? Why are they always mentioned together? And how are they different?  To understand the difference between torque and horsepower we would need first to understand how they are connected, and they are connected by the following, simplified, formula:

RPMs are the number of revolutions per minute. It measures the speed of rotation of a certain object around a fixed axis.

This is why horsepower is essential into determining how fast the car is. Torque, in and of itself, isn’t a measurement of speed (distance covered in an amount of time), because torque isn’t measured by time, but by distance and force. Whereas horsepower is proportional to RPMs.

At this point, the question about the two cars should be obvious: Car B is much faster because it accomplishes work at a faster rate. Car A might be stronger, or it could mean that its gears have been manipulated in one way or another (remember, force isn’t the only determinant of torque, there’s also distance). However, it is common to find trucks and vans to produce higher torque and lower horsepower. It is common to hear someone speaking about horsepower when discussing a sports car, because its speed is determined by horsepower, and speed is the most important aspect of a sports car. However, if you happen to work in an industry where heavy-machinery is used, discussing torque takes the front seat in these discussions.