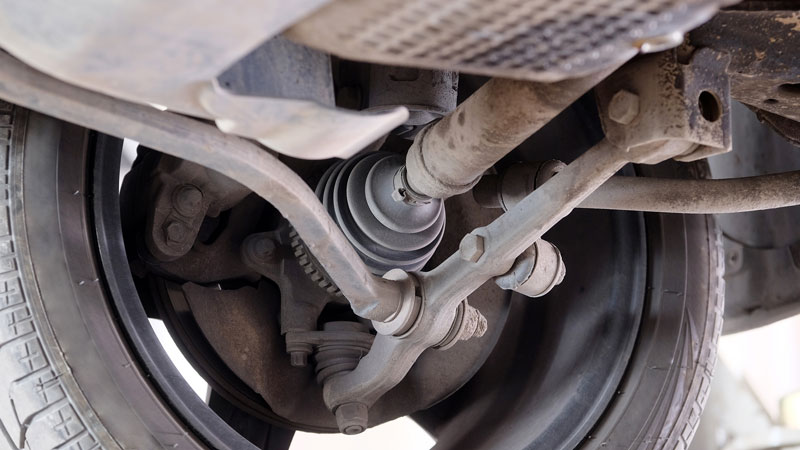 Constant-velocity joints, also known as the CV joints, assist in the process of allowing power from the transmission and driveshaft to be transferred over to the wheels of a vehicle.

More specifically, constant-velocity joints allow this to happen through the variable angles which exist between the driveshaft and the wheels. That way, the rotational speed of the wheels will not be affected by the rotating angled joints because there is no more friction than there would be if they were straight joints. 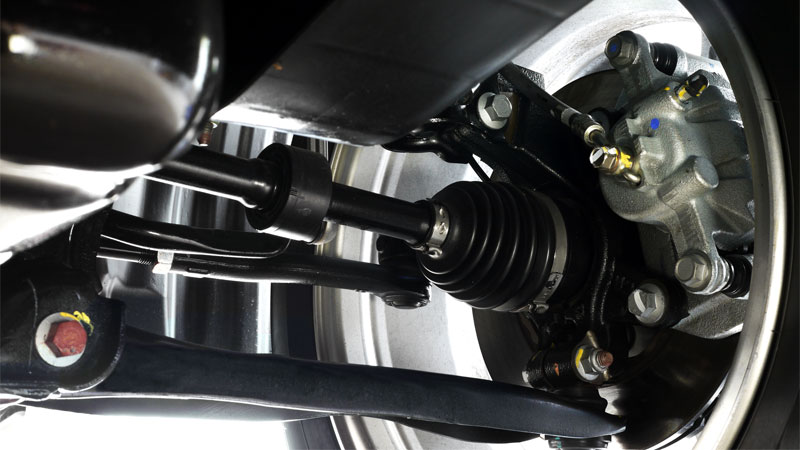 Plunge joints can be either a tripod joint or ball-type joint. The former features a spider (also known as a tripod) that has three trunnions. These are components with spherical rollers attached to needle bearings.

You would usually use tripods as inner plunge joints for vehicles that have front-wheel drive. As for the ball-type joints, they have a double-offset style and cross groove style.

This is an outer constant-velocity joint which is frequently used in vehicles. There are 6 spherical balls on this joint which reduce the operating angle by 50%. The teeth of the gears do not transmit the torque across the joint. What happens is the balls will go against their tracks.

This was one of the first constant-velocity joints ever invented. In 1920, an engineer named Alfred H. Rzeppa developed this joint and it has been used ever since.

If you are driving a rear-wheel drive vehicle, the inboard joint is near the differential and the outboard joint is closer to the wheel.

Rear-wheel drive vehicles will use the plunge joints more. If there is an independent rear-wheel suspension, each axle shaft will have one plunge joint.

You might come across certain front-wheel drive vehicles with outer joints that are fixed tripod joints. The trunnion will be mounted onto the outer housing of the joint.

There is an open tulip in the input shaft that has three different roller bearings that are turning against it. A steel spider is responsible for keeping the joint together by locking it in place.