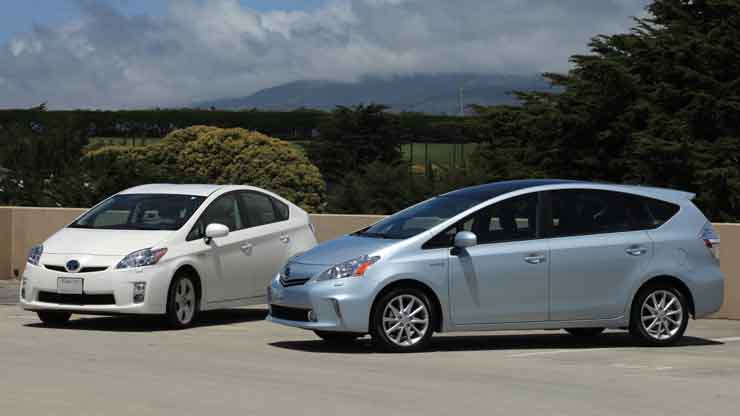 All hybrid car models have an internal combustion engine in them. The difference between these car models pertains to how power is utilized from its gasoline engine. There are certain hybrids which rely on its gasoline engine a lot more than others. Do not confuse hybrids with electric vehicles that do not use a gasoline engine at all. The true definition of a hybrid vehicle is one which uses both an electric motor and internal combustion engine. It doesn’t matter how much or how little each one is used for power.

A mild hybrid has an internal combustion engine and a small-sized electric motor. When you step on the gas pedal of the vehicle to accelerate, the internal combustion engine is supplying most of the power. The electric motor will supplement some of this power in situations where you don’t have to drive very fast. The main function of the electric motor in this type of hybrid is to supply power to the battery each time you apply the brakes. This is how the battery can get recharged. You cannot plug this battery into an outlet for the recharge. It will only recharge through regenerative braking.

The full hybrid has a much bigger and more powerful electric motor than the mild hybrid. The operation of the vehicle is powered either by the electric motor, internal combustion engine, or both at the same time. The exact power source which gets used in a particular driving situation is determined by the vehicle’s advanced computer system. The software of this system can detect the speed and conditions of your driving. Based on this, it will utilize either one or both of these power sources. Also, the full hybrid has a stronger battery which can be recharged by either regenerative braking or the internal combustion engine. Remember that the engine is what supplies the motor with power which, in turn, makes it like a generator. Once again, the battery pack of this vehicle does not get plugged into an outlet.

The plug-in hybrid has one of the largest batteries because it utilizes more electric power for driving. It features an electric-only option which lets you drive for 10 miles straight without using any gasoline power at all. If you are driving short distances around town then you may get away with using little to no gasoline on each trip. When you get back to your home, you can then plug the battery into your outlet and recharge it from there. Of course, when you go on longer trips, you can still utilize the full power of the gasoline engine to make them happen. The plug-in hybrid is basically like a full hybrid, but with the ability to recharge the battery by plugging it into an outlet and the option to drive only on electricity for 10 miles.

All these hybrid engine vehicle types can be purchased starting from $22,000 and up. You can expect a minimum of 40 to 50 miles per gallon for their fuel efficiency. Obviously, you will consume less fuel if you are using more electricity during your trips. People who regularly make short trips around town should use the plug-in hybrid. Alternatively, the mild hybrid will be suitable for this too if you don’t want to bother with plugging the battery in to recharge every night. The most powerful hybrid is the full hybrid. Even though it has a smaller engine, it can still give you the benefits of driving on fast roads and slow roads.