Many automatic transmission vehicles have an “overdrive” gear which is the highest gear available. When you shift to select the overdrive gear, it will reduce the revolutions-per-minute of the engine as it is running.

In typically scenarios, you will do this whenever you want to get the highest possible fuel efficiency while driving at a maintained speed on roads with minimal inclines.

For instance, if your car has an overdrive mode that is activated, then your car will automatically shift to the overdrive gear after reaching around 50 miles per hour. You will notice when this happens because your engine won’t make as much noise as it normally does. And, since the engine RPM are reduced, your engine won’t be working as hard and will burn through fuel at a lower rate.

What Is Overdrive in a Car? 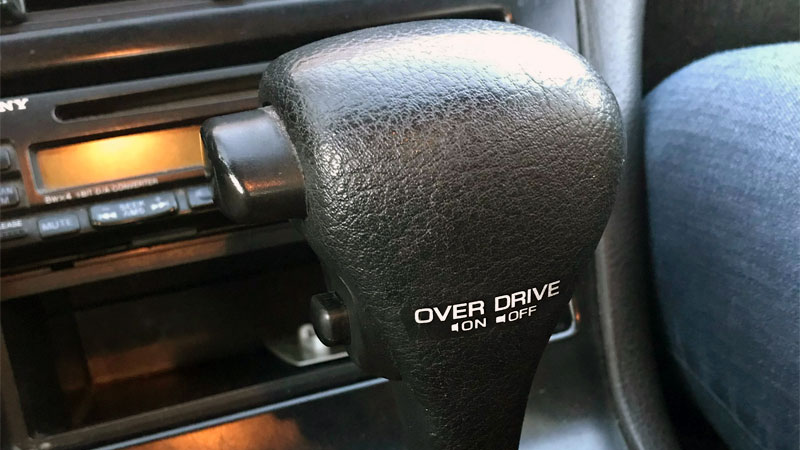 When you want to initiate overdrive, you won’t find the gear amongst the other letters on the gear shifter. There is no “O” letter to represent overdrive that you would select similar to going into Drive or Reverse.

Instead, there is an overdrive button that is usually located on the side of the gear shift or in the vicinity. You simply press this button to activate the overdrive gear. After you do this, the transmission downshifts throughout the other gears as it goes from the highest gear.

People who like to drive with cruise control on should take advantage of the overdrive gear option. It is only meant for driving at one set speed, but it needs to be a high speed. The reason is that it is easier for the engine to reduce its RPM if the vehicle is traveling at a higher consistent speed.

In other words, when you activate the overdrive gear, the torque converter is locked so that the transmission absorbs all the engine power. This is how the engine will perform better and reduce its fuel consumption.

If you regularly drive on the highway or some other flat road with higher speed limits, you will benefit the most from the overdrive gear function. In automatic transmission vehicles that do not have an overdrive gear, the driver is forced to reach their intended speed through normal shift patterns which focus more on performance rather than fuel economy.

This causes the engine to consume more fuel because it is under more strain and demand. However, in an automatic vehicle with an overdrive button, you can make fuel efficiency the primary focus at the expense of power and performance.

When Not to Use Overdrive 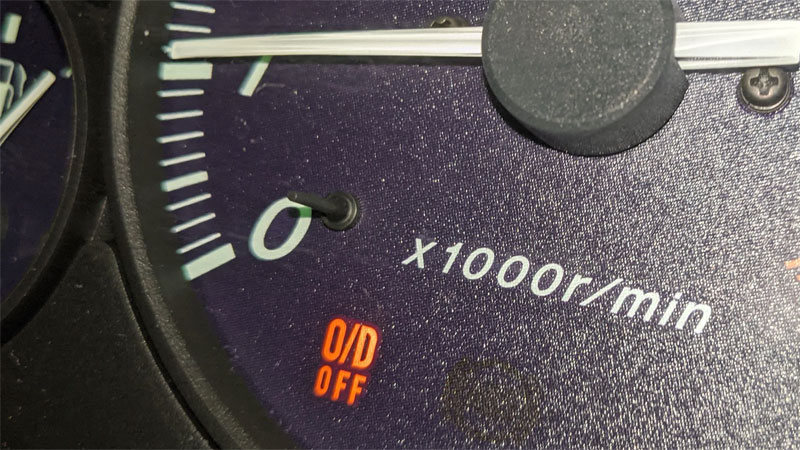 Instead of being one single speed, the engine RPM will shift erratically and turn quite inconsistent. This can actually make the driving conditions of the vehicle quite dangerous.

On top of that, if your vehicle needs to go up an incline such as when driving through hills or even a mountain pass, overdrive is not recommended as these are the times where your engine needs have enough power to maintain its speed while it fights against gravity.